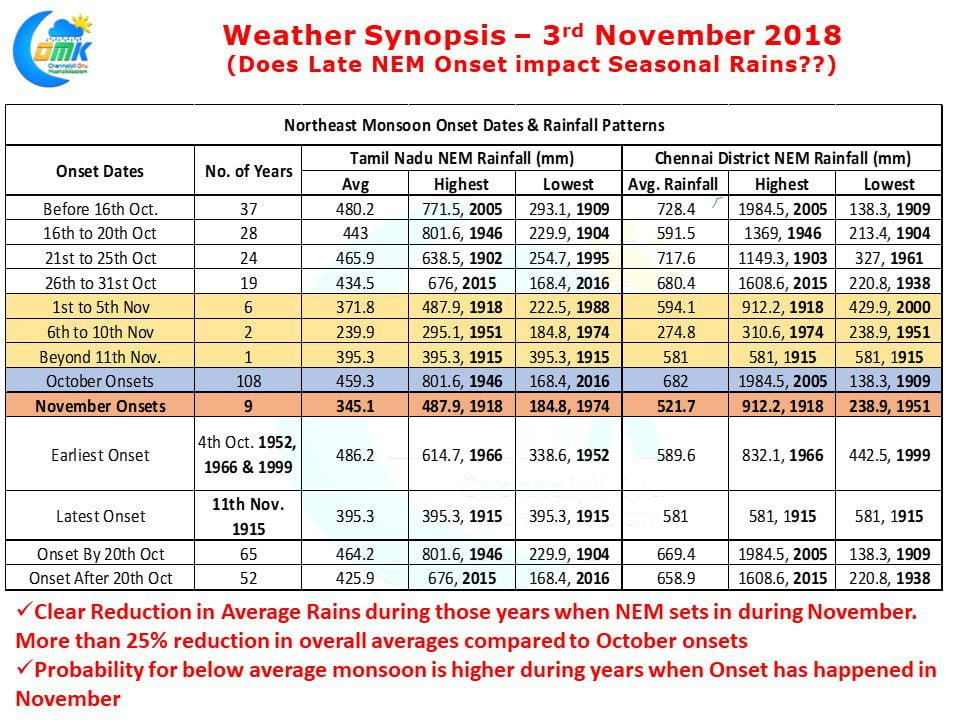 An often repeated phrase during both Southwest Monsoon &  Northeast Monsoon is onset window typically does not have a major impact on the overall performance of the Monsoon Seasonal Rainfall.  On a broader scale of things it certainly appears to be the case with no clear relation between date of onset & overall performance of the Northeast Monsoon.  But dwelve a little deeper we can certainly find some patterns.

But befor that a quick recap of whats happening on the weather front.  The trough of low and associated circulation with it that has been giving rains for the past few days has moved a little to the west compared to earlier days reaching the waters of Comorin sea. This has resulted in changed rainfall pattern with South TN seeing widespread rains and few places along the Western Ghats getting very heavy rains. 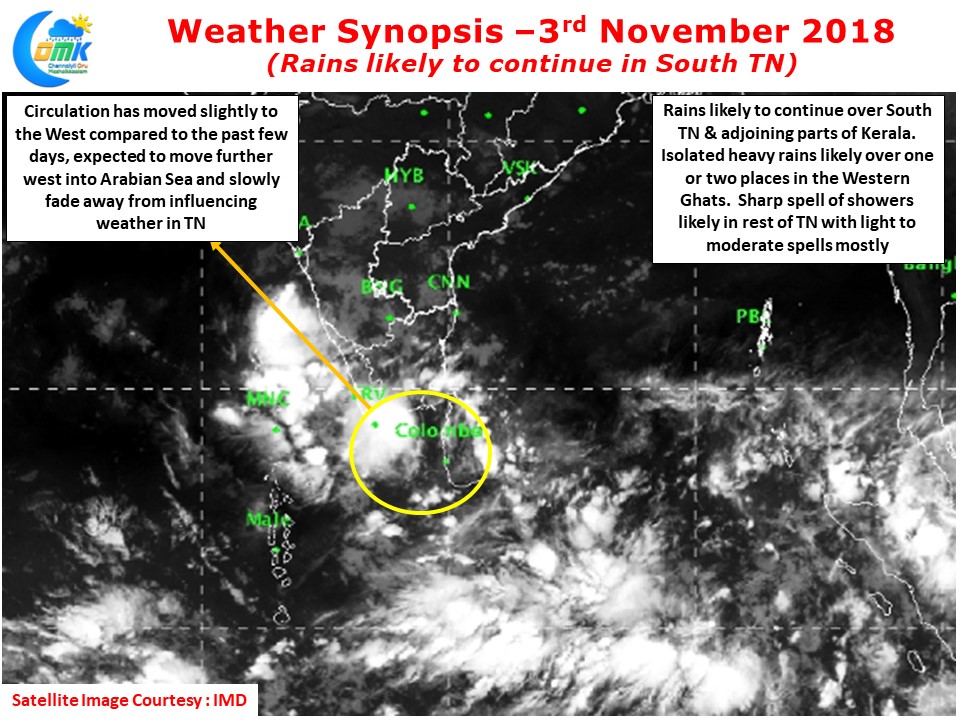 Similar pattern is expected today also with North TN seeing light to moderate rains during the morning hours. Some of the remnant moisture travelling from East will develop into convective thunderstorms after interactive with day time heat radiation and give some moderate to heavy spells of rains in isolated places along the interiors.

As always the case while analysing weather patterns it is imperative to look at probabilities of events rather than go with absolute numbers.  For example 2015 saw monsoon onset delayed by nearly 8 days compared to the traditional onset date of 20th October but we all know how the year turned out to be.  Similarly 2003, 2004, 2007 all saw monsoon onset before October 20th but all these years saw below average rainfall in Chennai.  To even out these influences by individual years it is necessary to see the overall probabilities based on long term averages.

This study was done for the period 1901 to 2017 with onset dates taken from the study done by Prof. YEA Raj & B Geetha. 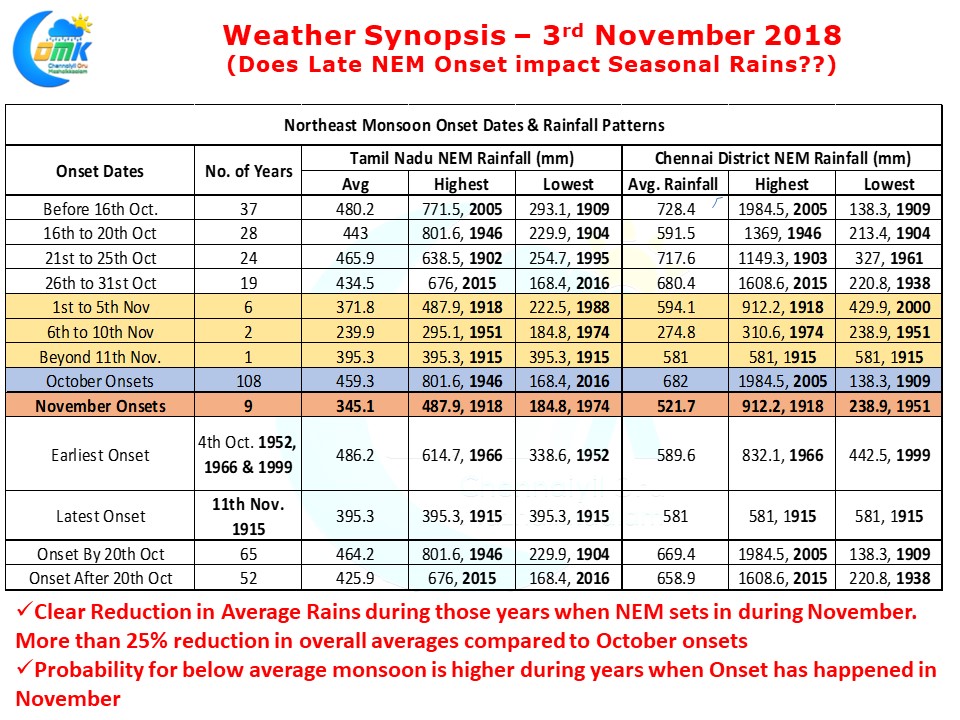