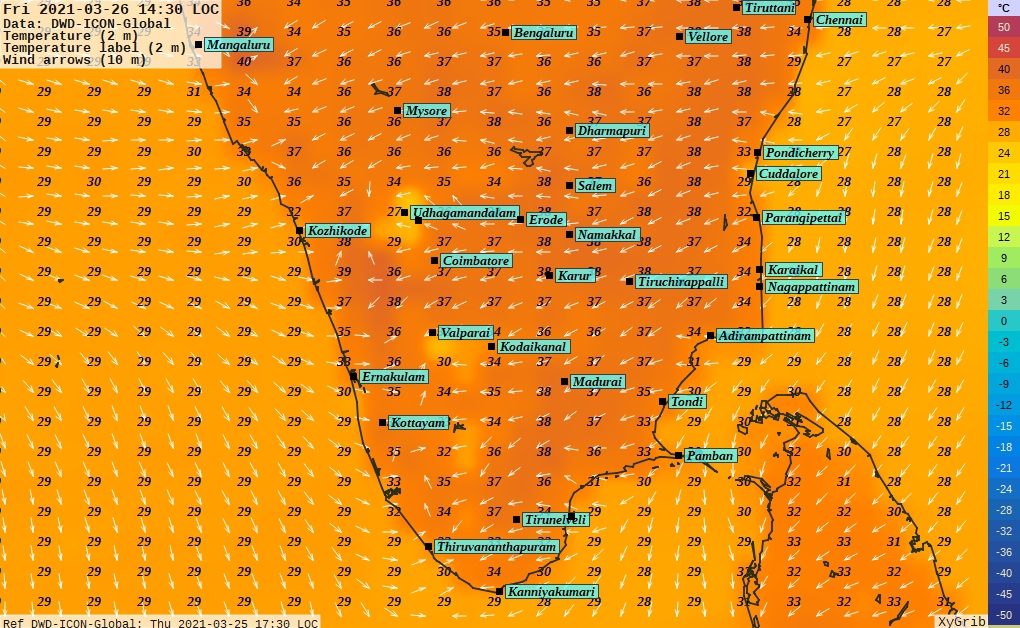 As we get closer to April 6th, 2021, the day Tamil Nadu goes to poll to elect its next set of Legislative Assembly Members the heat generated in the election battle is being notched up by all the players in an effort to score points over their rivals. But over the next couple of weeks its not only the election heat that is being notched up but also weather is also going to play its own part in this fascinating fortnight for both weather watchers & political observers. While coastal places like Chennai has been relatively better off thanks to the modulating influence offered by the sea. Easterlies have been fairly strong across the state, though good for the coasts, works counter productive for interior places in West TN pushing across land breeze towards these places, increasing the heat quotient along the way.

While the overall heat dynamics owes a lot to the movement of Sun’s Rays along the Northern Hemisphere creating summer wind patterns play a very important role in modulating / enhancing the heat particularly when it blows as continental winds along the land surface. It is no coincidence the hottest period for Chennai is almost always when the winds from NW bring in the Rayalaseema heat to the coast. Weather models indicate land breeze to strengthen from the early days of next week bringing the associated heat along with it. This is likely to keep day time maximum temperatures 3 / 4ºC above average for this time of the year.