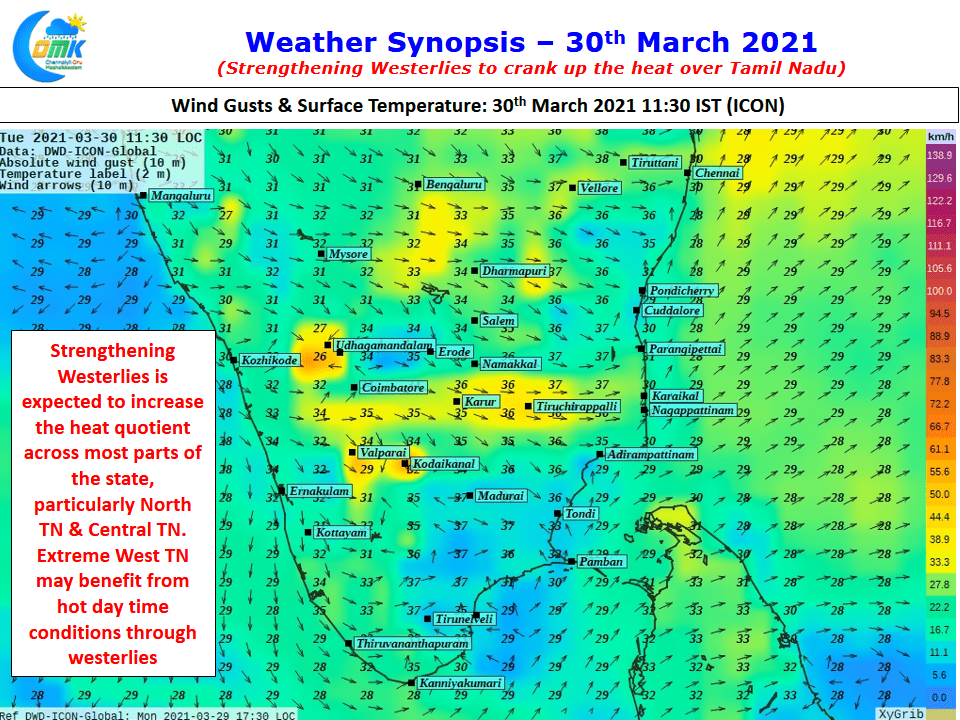 Among the weather bloggers of Chennai it is often remarked while there is always a hint of doubt about the monsoons, be it Southwest or Northeast, at times we might feel the pre monsoon thunderstorm season also might fail, but the bullet proof season without a hint of failure is the summer season which almost always arrives right on cue. Yesterday Karur Paramathi became the first IMD station in Tamil Nadu to record the first 40ºC of the year.

With weather models indicating westerlies to strengthen over Peninsular India, interior Tamil Nadu, particularly the seasonal summer heavyweights like Tiruttani are now getting ready to join the summer bandwagon. Few models indicate later part of this week to see winds from the Northwest which is likely to create heat wave like conditions across most of North TN & parts of Interior TN.