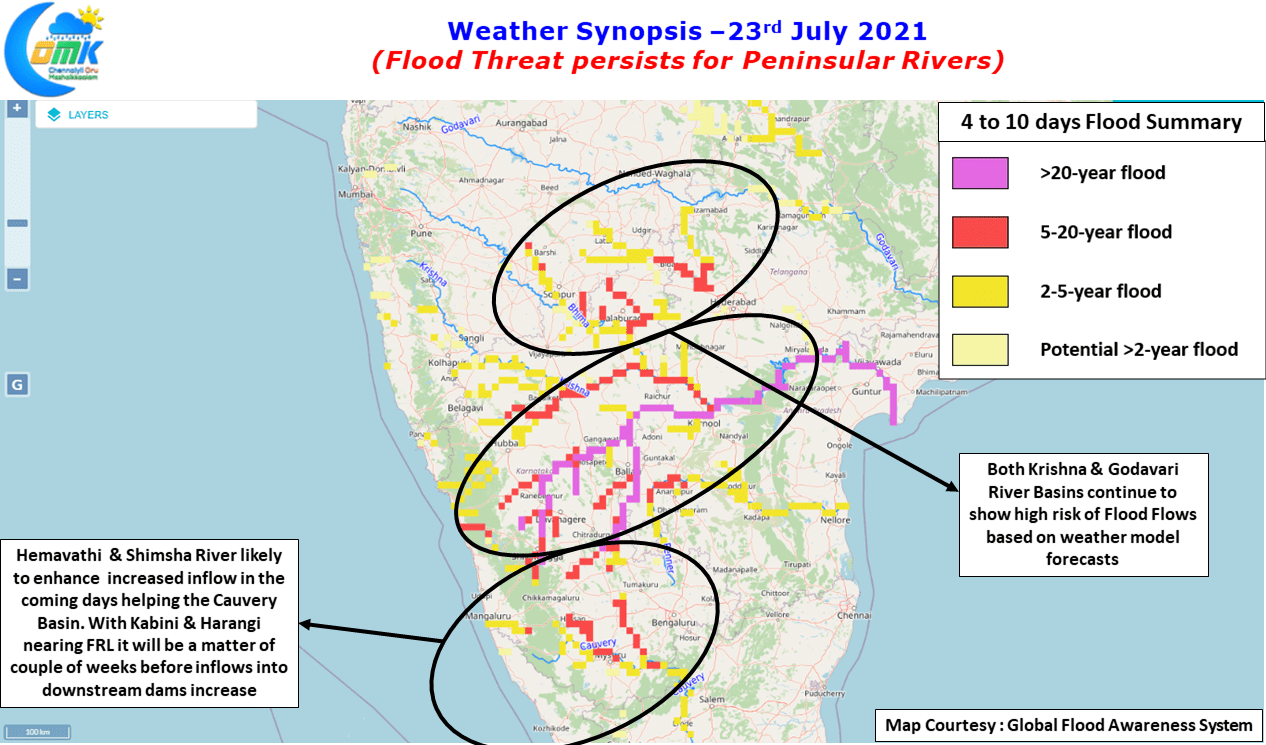 With just a week left in the month of July we are getting close to the halfway academic season of Southwest Monsoon. As many know the Southwest Monsoon Season for documentation starts from 1st June to 30th September. Also July & August is the peak season for Monsoon from the rainfall perspective so we are almost there with regard to reaching the half way point for the peak season as well. There has been enough discussions on how Monsoon is changing & the overall trend seems to lean towards lesser rainy days & more extreme rainfall episodes. The last couple of days once again has been confirming this trend with Mahableshwar recording more than 100 cms in two days breaking the all time record for highest 24 hours rainfall recorded. Not only Mahableshwar not far away Jor in the same Shahyadris recorded 100 cms in about 30 hours indicating how severe the rains were.

The result of the extreme rains has started to slowly reflect in the inflows of rivers of Krishna & Godavari Basin. Ground reports from Telangana indicate flooding along the Godavari basin in districts like Nirmal while inflows into Krishna Basin is expected to swell now as Koyna catchment areas have recorded extreme rains over the past 48 hours or so. With interior areas of Peninsular India expected to record heavy rains as well on the back of the WNW moving low which is currently lying over Northwest Bay & adjoining parts of East India, the next few days could mean testing times for Irrigation Planners.

One also has to be wary of trapped moisture effect in the valleys as well which will slowly start taking effect over the next couple of days bringing heavy rains in a few pockets in addition to the moisture surge as well. Meanwhile down South over the east coast today once again parts of North Coastal Chennai may witness isolated sharp spell of showers in a few areas influenced by the strong moisture carried across Peninsular India. As the low moves WNW & creates wind convergence when it moves to the North of Chennai & adjoining areas longitude in a couple of days time we can expect a spell or two of thunderstorms and associated rains.