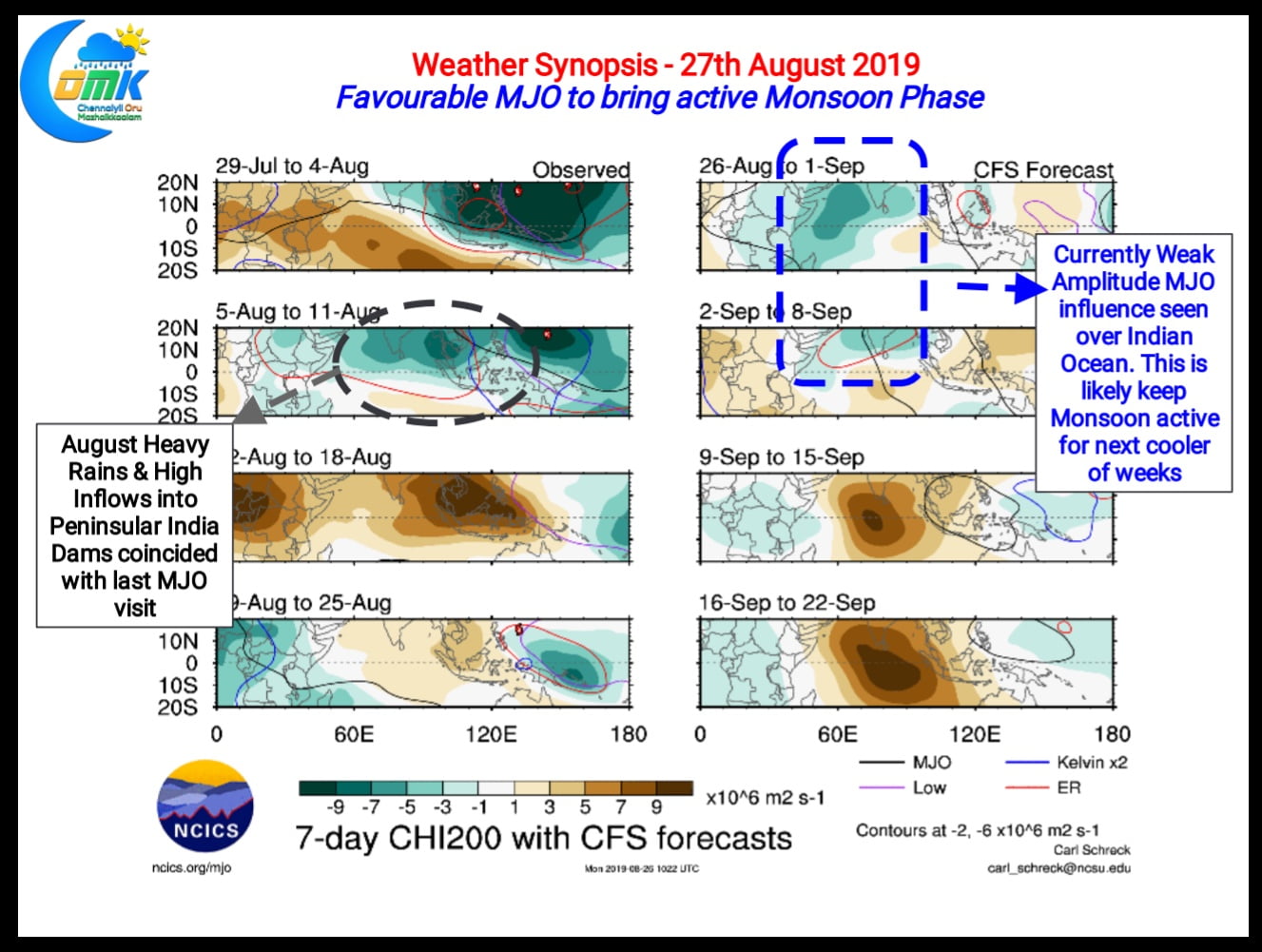 As we often mention whether it’s Southwest Monsoon or Northeast Monsoon the active phases more often than not coincides with favourable MJO transit over Indian Ocean and adjoining parts of Maritime Continent. With MJO normally traveling West to East the Enhanced (Connective) phase is always followed by a Suppressed Phase. Monsoon remains active during the Enhanced and tends to be subdued during the Suppressed Phase.

Currently the Indian Ocean is under the influence of a low Amplitude Enhanced phase of MJO. This is indicated by the increased convection over North Indian Ocean and improved monsoon dynamics. Satellite images indicate moderate rains likely over West Coast with isolated heavy rains in the Ghats. The Western part of Monsoon trough has started to move down indicating the return to active monsoon conditions from the break in monsoon conditions seen last week.

Regular weather observers will remember the heavy rains and high inflows into the dams of Peninsular India coincided with the last visit of MJO over Indian Ocean. A short Enhanced phase of MJO during the early days of August meant increased rainfall activity over the core Monsoon areas turning the water storage table from distress to disaster in a few days. The current MJO signal seems of weak Amplitude or in other words incoherent signal, but still it would be enough to rejuvenate monsoon conditions and bring a couple of weeks of active rainfall over West Coast. With proactive approach the Cauvery Basin could benefit from this spell getting the dams to fill up once again.

Looking at the weather charts this could be the last active phase of Monsoon 2019 before possible withdrawal conditions start over Northwest India.