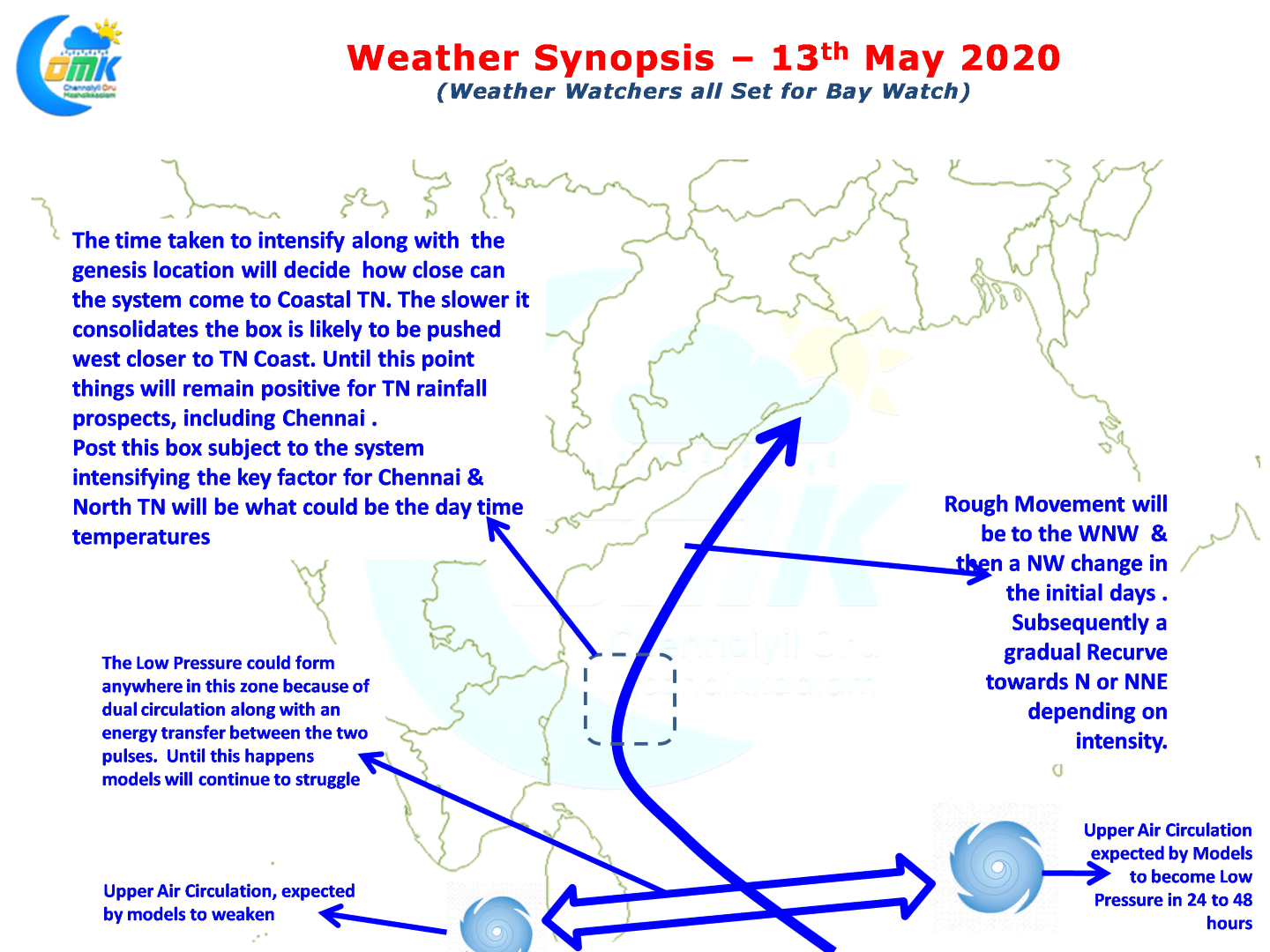 But avid weather watchers who follow Sub Continent weather would have realized by this time it is not easy in a tropical place like India for even some of the most efficient global weather models. It is often repeated remark among the weather bloggers of Chennai that Bay of Bengal is the Graveyard for Weather Models. One can count the number of times models did not struggle with Cyclones with regard to track & intensity. The reasons as to why these struggles happen is for a different discussion on an another day. Since late April weather models have been churning out cyclones on and off in the various model runs but except for one still born LPA during the early days of May nothing worthwhile happened. The last couple of days once again models have been furiously spinning strong cyclones. In this context we thought it was worthwhile to bring some clarity on what to expect in the coming days.

When ever there are two pulses or circulations in Bay models have struggled to pick up the right pulse for development. The current scenario is no different with one off Andaman Islands & one over Comorin Sea. With Indian Ocean coming under the influence of two tropical waves ER & MJO there is a lot of interplay of factors that are competing in nature. As we understand the circulation over Comorin Sea is still likely to be a joker in the pack though models are expecting it to weaken. So it may be prudent to keep a watch on it to develop on the back of support from MJO when it moves from West.

So effectively we could see an LPA form anywhere between Sri Lanka & Andaman Sea and in all probability it is likely to intensify into a cyclone. It is not going to be a question of whether but a question of when & where. With factors like energy transfer between pulses likely to come into play it may be prudent to wait until the actual genesis and up to 24 hours or so before getting some sort of freeze on the track. But overall track is likely to be WNW initially changing to NW slowly and then a gradual Northward recurve extending in the NE direction as intensity increases. The rainfall prospects for TN will improve as the genesis gets pushed west and the recurve point comes closer to the coast. Beyond that its only matter of tracking temperatures. Let us cross one day at a time as things are too fluid for any sort of firm path ahead