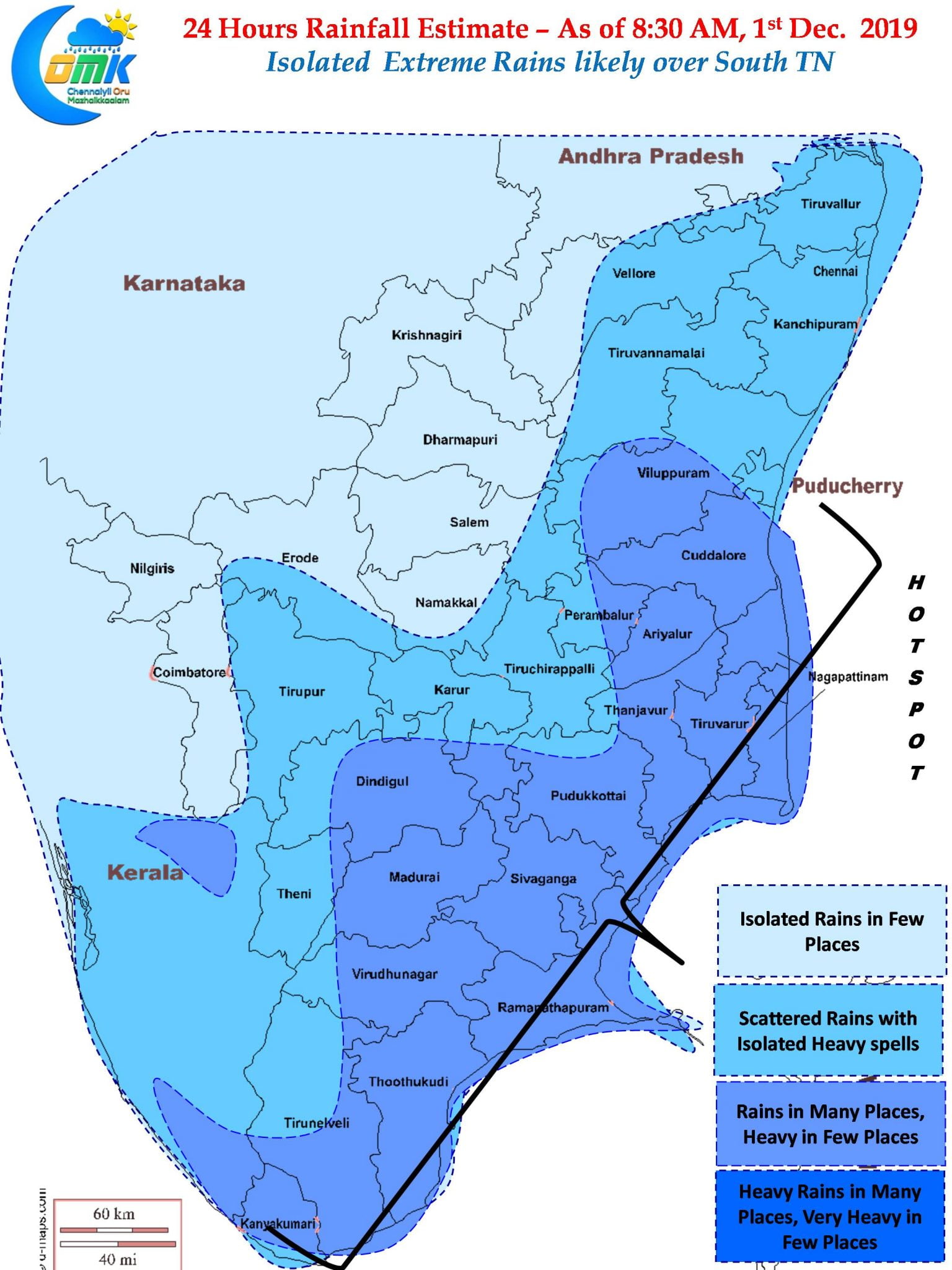 Is that all to MJO’s influence over Northeast Monsoon? The answer is a resounding NO. The flavor of MJO changes based on prevailing conditions. While yes overall it enhances precipitation & cyclogenesis why was 2015 still completely different from 2016 even though both had MJO around late November. The difference lies in prevailing conditions. In the case of 2015 non stop Easterly waves meant the MJO acted like a Booster to an already fast running race car while in the case of 2016 it became the fuel to start what was a stalled Race Car on the track, i.e NEM 2016.

2019 is certainly not similar to 2015 with Monsoon only active in bits & pieces. But in the current context the Easterly wave over the last few days have changed the dynamics sufficiently for MJO to enhance the rainfall prospects drastically as it starts influencing Indian Sub Continent for the next few days. With weather models indicating a possible Low Pressure Area likely to form around Comorin Sea in the next 48 hours or so we can expect a good uptick in the rains for the next few days across Tamil Nadu. This location could mean a perfect Slingshot of Easterlies over Tamil Nadu increasing rainfall probabilities until early next week.

While models do not indicate any cyclones over the next few days in Bay of Bengal or Arabian Sea, considering the oceanic conditions in the form sea surface temperatures and the presence of MJO over North Indian Ocean it may be prudent to keep a watch on a possible repeat scenario of something like Ockhi happening around Comorin / Laccadive Sea area.

Today we are likely to see heavy rains across most of South Tamil Nadu and coastal areas. In particular we need to watch out for possible extreme rainfall episode over one or two places in the Delta districts & South TN. Chennai will record moderate to heavy spells of rains which will peak during the night / morning hours.