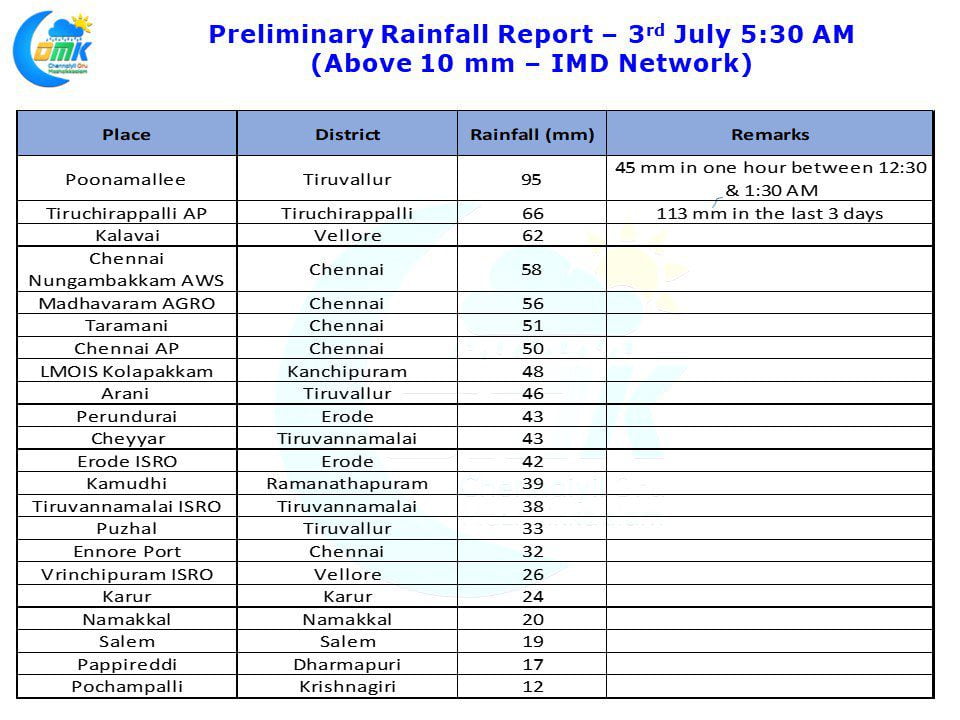 Yesterday #Chennai came very close to reaching the highest temperature recorded during July.  Nungambakkam recorded 41.0°C  just off the max recorded on 4th July 1915, a good hundred years ago, which was 41.1°C.  In the last 10 years Chennai has received 6 straight days of 40°+ temperatures only once that was during Peak Summer in May 2008. The thunderstorms later in the day though ensured the evening became comfortable with many areas in the city receiving spells of rains.

With the low over East India slowly intensifying into a Well Marked Low the monsoon conditions are picking up once again.  Most parts of Central India, Gangetic Plains and East India are getting benefit out of this low and have been getting very good rains for the last few days. The Low has also revived the moisture incursion across the Peninsular India which is creating rainfall possibilities over West Coast.

Crucially yesterday after a long time Konkan, Coastal Karnataka & many parts of Kerala got very good rains. This is a welcome sign as an active monsoon would slowly bring Chennai Weather back to normalcy from the extreme heat wave conditions that were existing over the last week or so.  Rains are expected to continue over most parts of Central & East India.  Konkan region, Coastal Karnataka & Coastal Kerala would start seeing heavier spells and more wide spread rains with South Interior Karnataka also slowly picking up.

Chennai Weather Update: While we are still not out of the heat wave yet, but slowly we will start moving towards the high 30s rather than the low 40s.  Today temperature could be around 39°C there is some possibility of evening thunderstorms over North Tamil Nadu which could give some rains to few areas of Chennai.