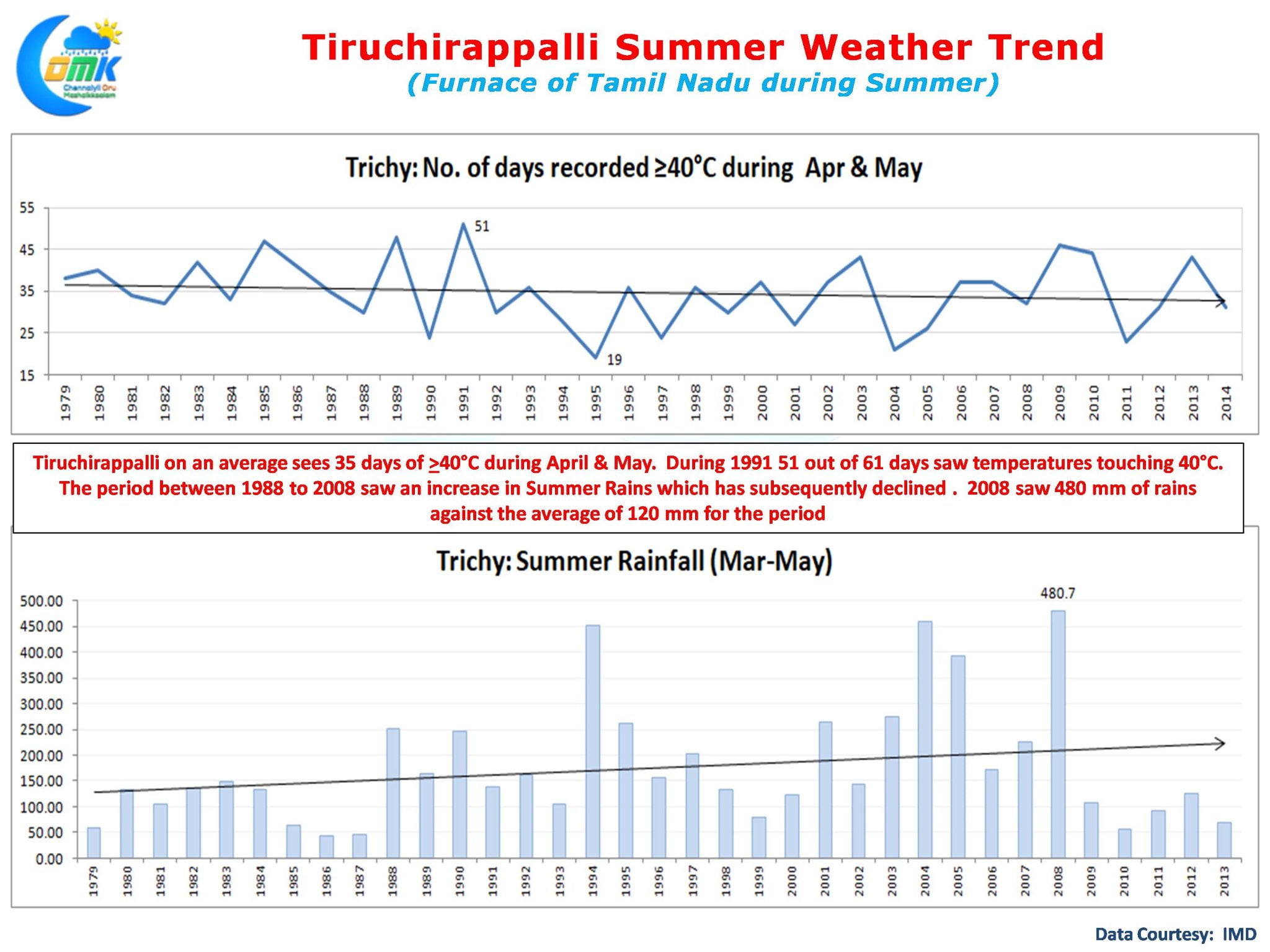 Among Weather bloggers of Chennai it is common knowledge Trichy along with Karur & Madurai are the early trend setters as far as Summer Heat goes. These stations typically become the first ones to touch 40°C in Tamil Nadu. Through this Post A L Vignesh has tried to capture some of the long term climate trends as far Trichy Climate goes.

As mentioned above many years Trichy touches 40°C as early as March, long term temperature trend indicates except for a couple of years the period between 1979 to 2014 has seen Trichy record highest Max temperature during the month higher than 40°C.

While March and April has seen some bit of Yo Yoing of Extreme Max Temperature (highest Max temperature recorded during the month) May is pretty much consistent with most years seeing the highest recorded temp for the year going near 45°C. Between 1979 to 2014 only 5 years have not seen Trichy recording a max of 45°C or more.

The other key thing about Trichy day time temperatures during summer is how consistent it is in terms of hitting the mythical 40°C. During the month of May only during 3 years the average max temperature for the year has been lesser than 39°C indicating the consistent heat that prevails over the region during the months of April & May.

The study also indicates over the years the night time minimum temperatures during summer have been increasing steadily since the turn of millennium. If this is due to urbanization & associated increase in concrete structures need to be studied further.

We take this opportunity to thank Vignesh for taking time out to study the long term climate trend during Summer for his home town and share with us.