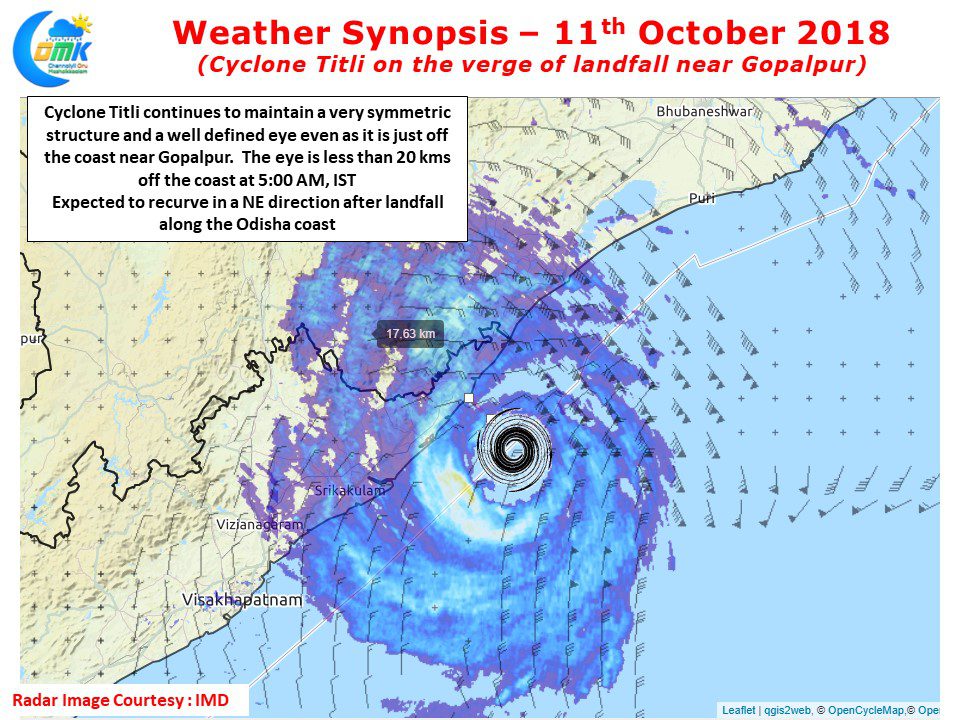 Heavy rains have been lashing North Coastal TN since yesterday with many places recording more than 90 mm rains till 3:30 in the morning today.  Avadi has recorded 142 mm while Puzhal has recorded 132 mm till 3:30 AM. The IMD observatory in Nungambakkam has recorded 112 mm till 4:30 in the morning. The rains are expected to continue today as well with coastal Tamil Nadu under heavy rain threat on  account of the evolving cyclone in Bay of Bengal.

The Well Marked Low Pressure in Bay of Bengal has intensified into a Depression and is expected to be announced as a Deep Depression today morning.  This could become the next cyclone in Bay of Bengal later in the day today.  IMD is expecting the cyclone to cross between Karaikal & Chennai closer to Pondicherry by around 9th night.  The depression is now lying at about 300 kms Southeast of Chennai and is expected to move in a NW direction.

As the depression intensifies the NW movement could become pronounced so keep watching this space for regular updates on the position of the Cyclone.

With the disturbance getting closer and closer to the coast expect the rains to increase across most of Coastal Tamil Nadu with few spells getting very heavy rains as well.  Please exercise caution while going out as flooding could be a possibility due to sustained spells of rains.