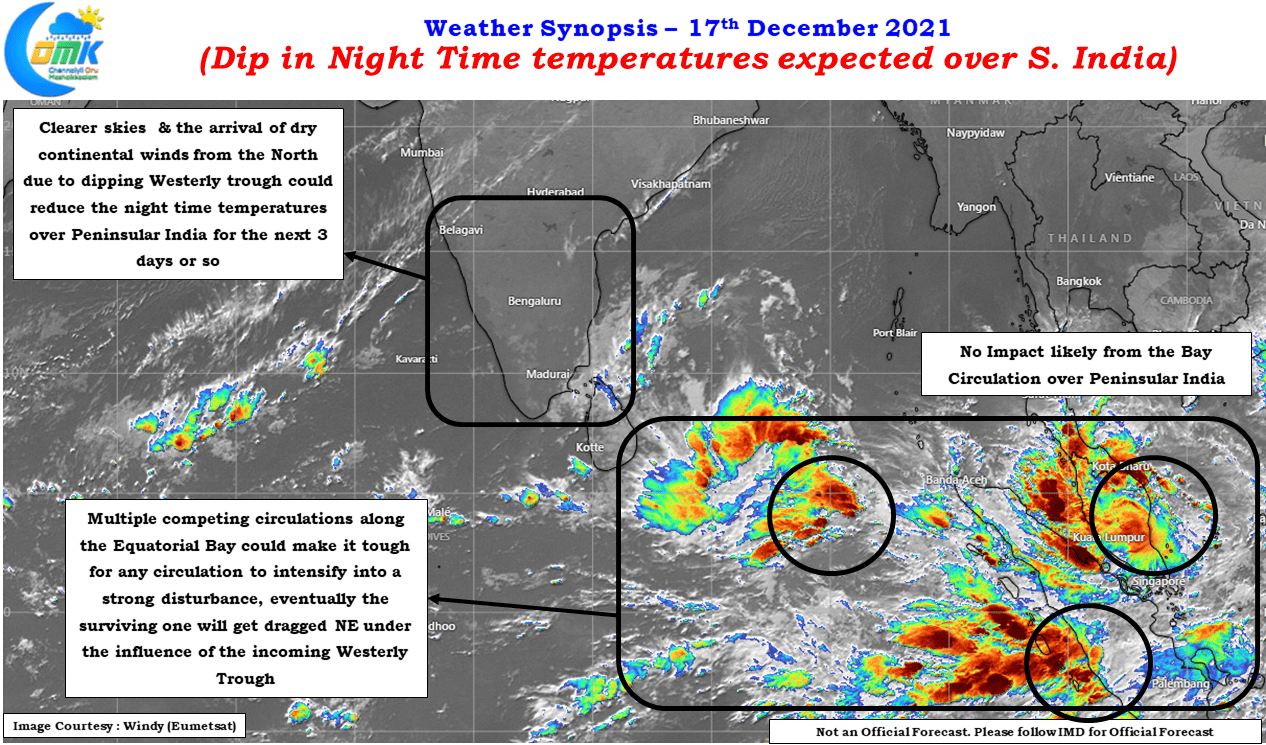 The rains have gradually faded away from Peninsular India with no favorable condition seen to enhance the rainfall activity. Though a possible Low Pressure Area is likely to develop over the Equatorial Waters of Bay today near Andaman Sea it is unlikely to influence the weather over the Indian Mainland due to prevailing wind conditions & the presence of multiple circulations over the region creating a highly competitive scenario. With 3 circulations fighting to survive & intensify it appears none could strengthen into a strong disturbance.

Initially weather models were expecting parts of Sri Lanka to benefit from this developing Low Pressure Area but as things stand it appears even Sri Lanka may not see any heavy rains out of this LPA as during the process of consolidation it may move slightly to the East in order to merge with another pulse currently seen over the Malay Peninsula. This consolidation also means any surviving pulse will have to succumb to the incoming Westerly Trough & get dragged along with it in a NE direction taking the associated precipitation along with it towards Indo China Peninsula.

In addition to the clearer skies during the night, the arrival of dry continental winds from the North under the influence of the incoming westerly trough will also play a role in reducing the night time temperatures. While days will also be clear it could still be pleasant in places like Chennai.

For the first time this NEM season a post is being made with no Rainfall Estimate map for the day. Sums up what to expect for the coming days