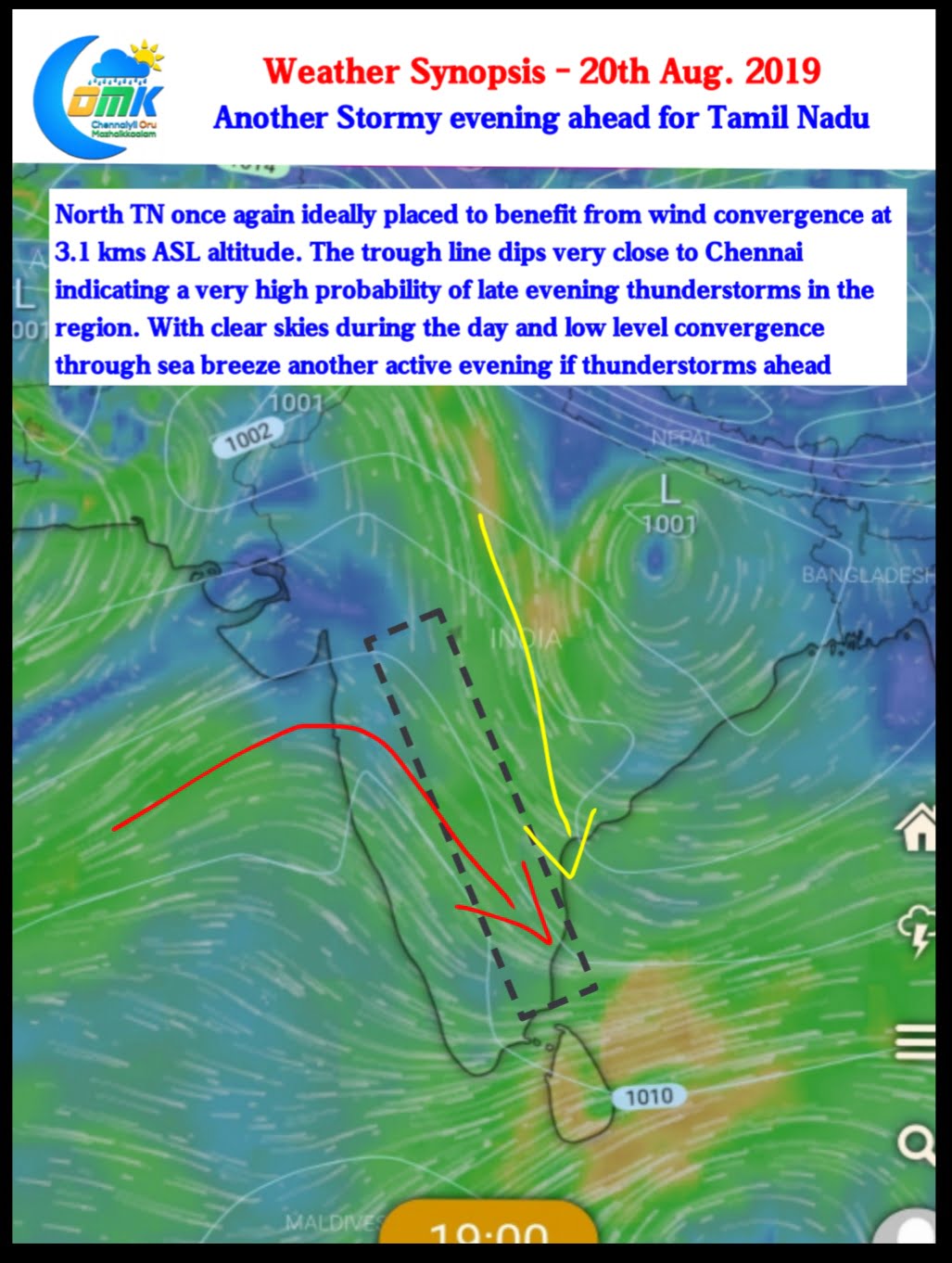 Yesterday once again saw many places of Tamil Nadu record heavy thunderstorm activity as weak monsoon conditions over Peninsular India worked to the advantage of the rain shadow region. After missing rains for many days the IMD Observatory at Trichy AP recorded a massive 13 cms from evening storms yesterday.

Places in North TN once again had a field day with parts of Vellore, Kanchipuram & Tiruvannamalai recording moderate to heavy spells of rains right through the night. Even many Western & Southern suburbs of Chennai recorded good rains just after midnight.

The wind convergence at 700 hPa (3 kms ASL altitude) triggered these late evening thunderstorms which eventually reached TN coast after giving good Rains over not only interior TN but also adjoining parts of AP and South Interior Karnataka. One should not ignore the role clear skies played in the development of these Thunderstorms. The good news is satellite images indicate another clear day ahead for interiors today too.

Today weather models indicate the Low Pressure over Gangetic Plains is ideally placed for convergence over North TN. This is indicated by the dipping trough line running very close to Chennai. With skies clearing and lower level convergence over South TN & Coastal TN likely to happen in the form of Sea breeze intrusion we can once again see early evening Thunderstorms in these areas. After sun down the thunderstorms triggered by the convergence at 3 kms ASL altitude will start popping up over South AP / North Interior TN bringing another spell of late night thunderstorms.

All in All another stormy evening ahead & we hope those parts of Chennai that missed out on rains last night would not miss out today.