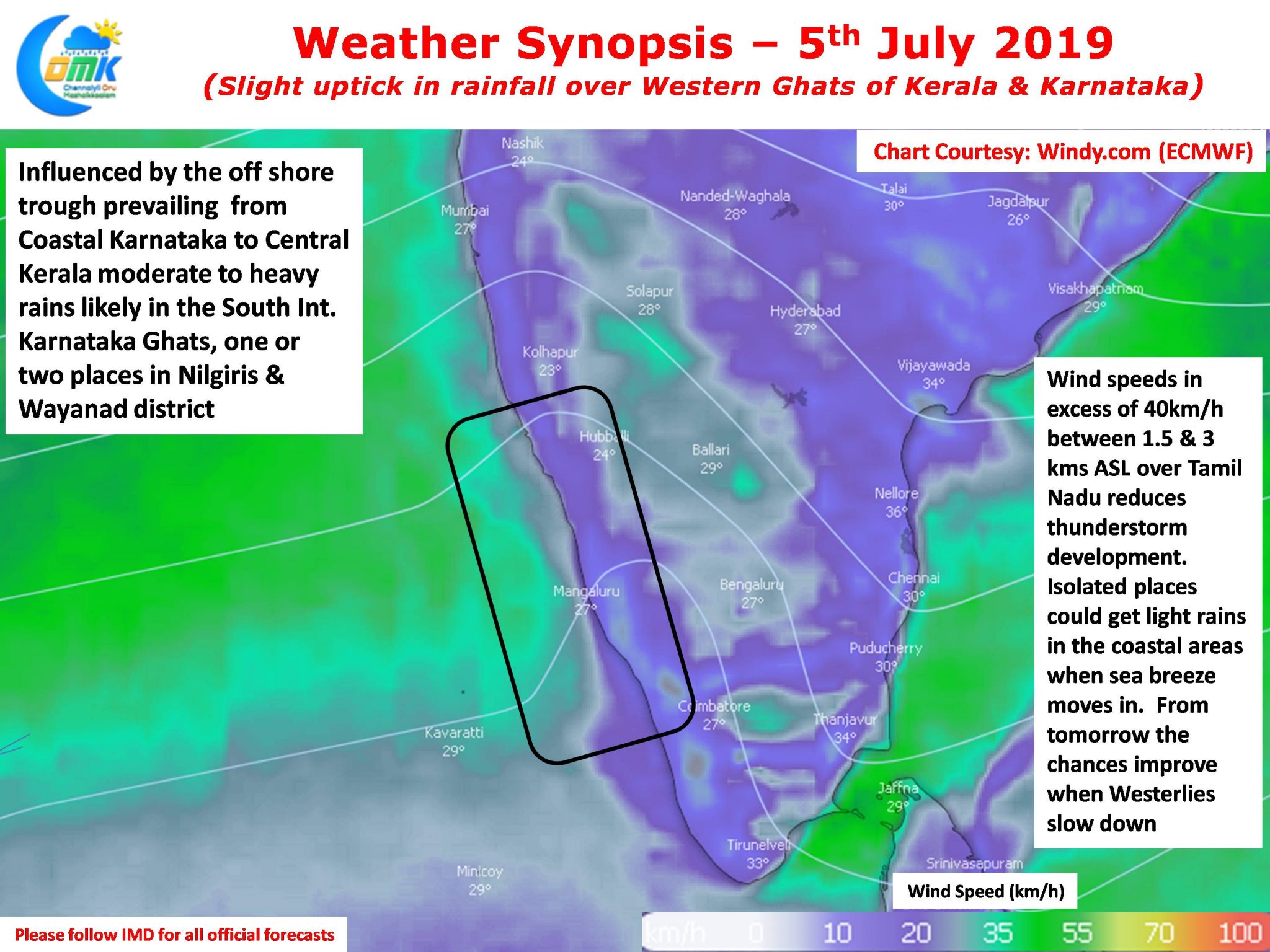 Southwest Monsoon over Peninsular India has remained below par despite 4 weeks after making onset. One key reason in the monsoon dynamics is Offshore Trough that creates right conditions for active monsoon spell over the Western ghats. Unfortunately this year the off shore trough has not been developing often and at times when it has developed it has been fairly weak giving limited impact.

Weather models indicate a weak off shore trough prevailing over Coastal Karnataka & Kerala for the past couple of days. This has played a role in increased rainfall over the Western Ghats and is likely to continue for another day or two. While this may not immediately result in heavy inflows into the Cauvery basin over Karnataka it will certainly improve the inflow into dams like Hemavathi to bring in about 0.5 TMC inflow for the day.

Simultaneously one can observe an increased strength of Westerly winds in Tamil Nadu. Yesterday this resulted in delayed sea breeze that got pushed back while trying to make a weak attempt to move in around 1 PM. Consequently both the weather observatories at Chennai recorded above 40°C. Today we are likely to see similar conditions though the early morning partly cloudy skies over parts of North TN could mean temperatures settle slightly less than 40°C.

While the entry of sea breeze could trigger the instability needed for thunderstorms to develop the Westerly winds are too fast for any concrete development. From tomorrow weather models indicate a slight weakening of westerlies bringing forth a possible thunderstorm opportunity for Chennai and many places of Tamil Nadu. A key component in this equation could be the development of pseudo circulation at 5.5 kms ASL that some models expect to develop into a possible low pressure area. This circulation could once again create convergence of winds similar to last week of June thereby creating the next batch of thunderstorms.