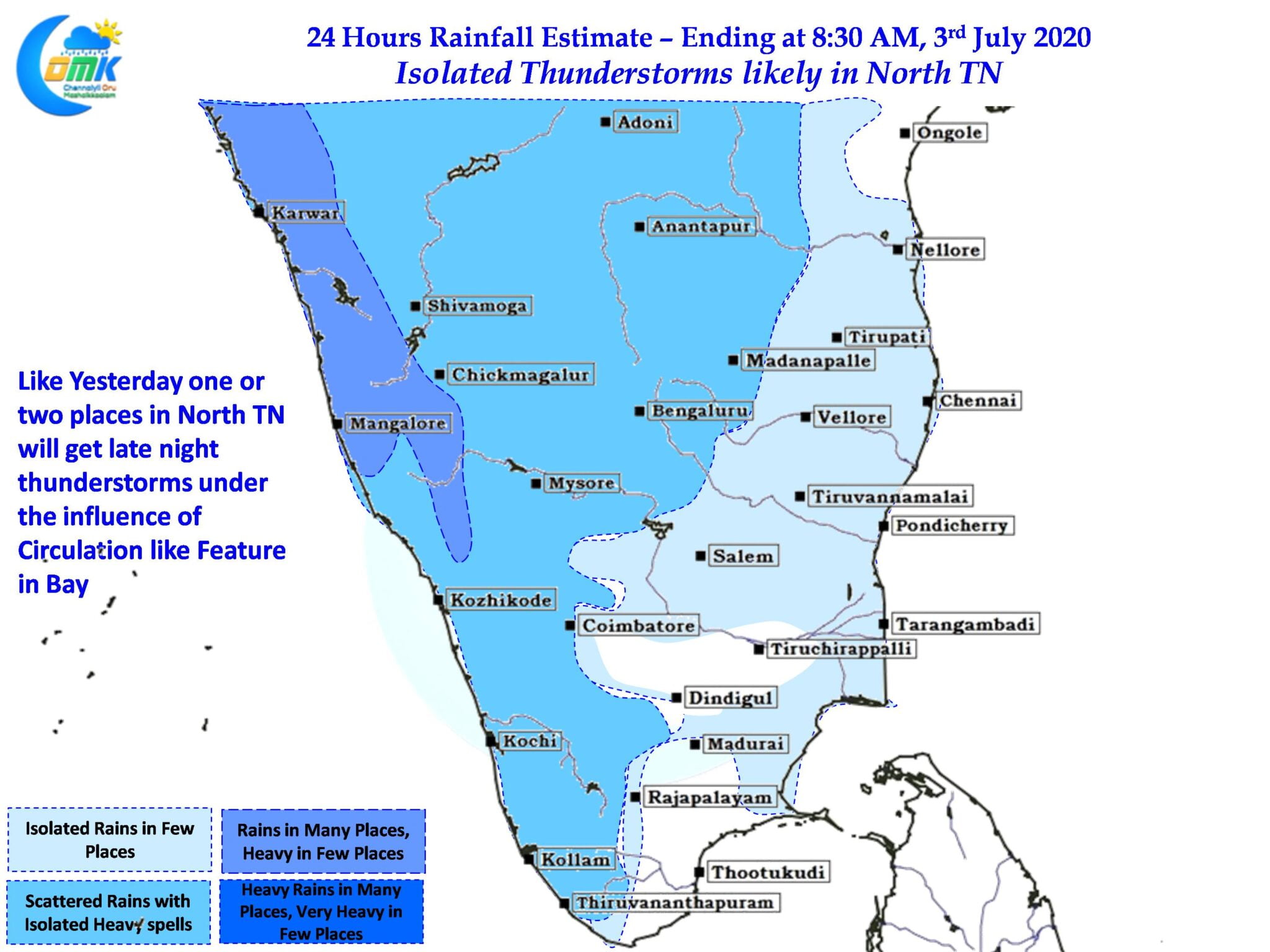 The last few days have been fairly good for Tamil Nadu as far as thunderstorms go with yesterday also many places in Chennai recording light to moderate rains during the midnight hours. Places like Perambur, Anna Nagar, Ayanavaram that had been missing out on the spells for the past few days got a good spell of rains as storms intensified closer to the coast and took a WSW to ENE direction.

The role of the Circulation like feature over Bay cannot be discounted in the rains yesterday and weather models indicate similar conditions to persist today as well which will give places like Chennai one more shot at catching another spell of rains. From tomorrow the Westerlies are seen to be more streamlined up to South AP latitude which will reflect in reduced thunderstorm chances for Tamil Nadu.

Today could see similar dramatics like yesterday with the early part of evening seeing thunderstorms around South TN / Delta region influenced by converging westerlies winds drifted by peaks like Anaimudi & Kolukkumalai. As the evening gives way to night we might see one or two places in the Interior North TN see thunderstorms along with adjoining parts of Rayalaseema region. Guided by the Westerlies these storms will eventually reach the coast with one or two places around Chennai enjoying moderate to heavy spells of rains late in the night though the spells will not be long enough.