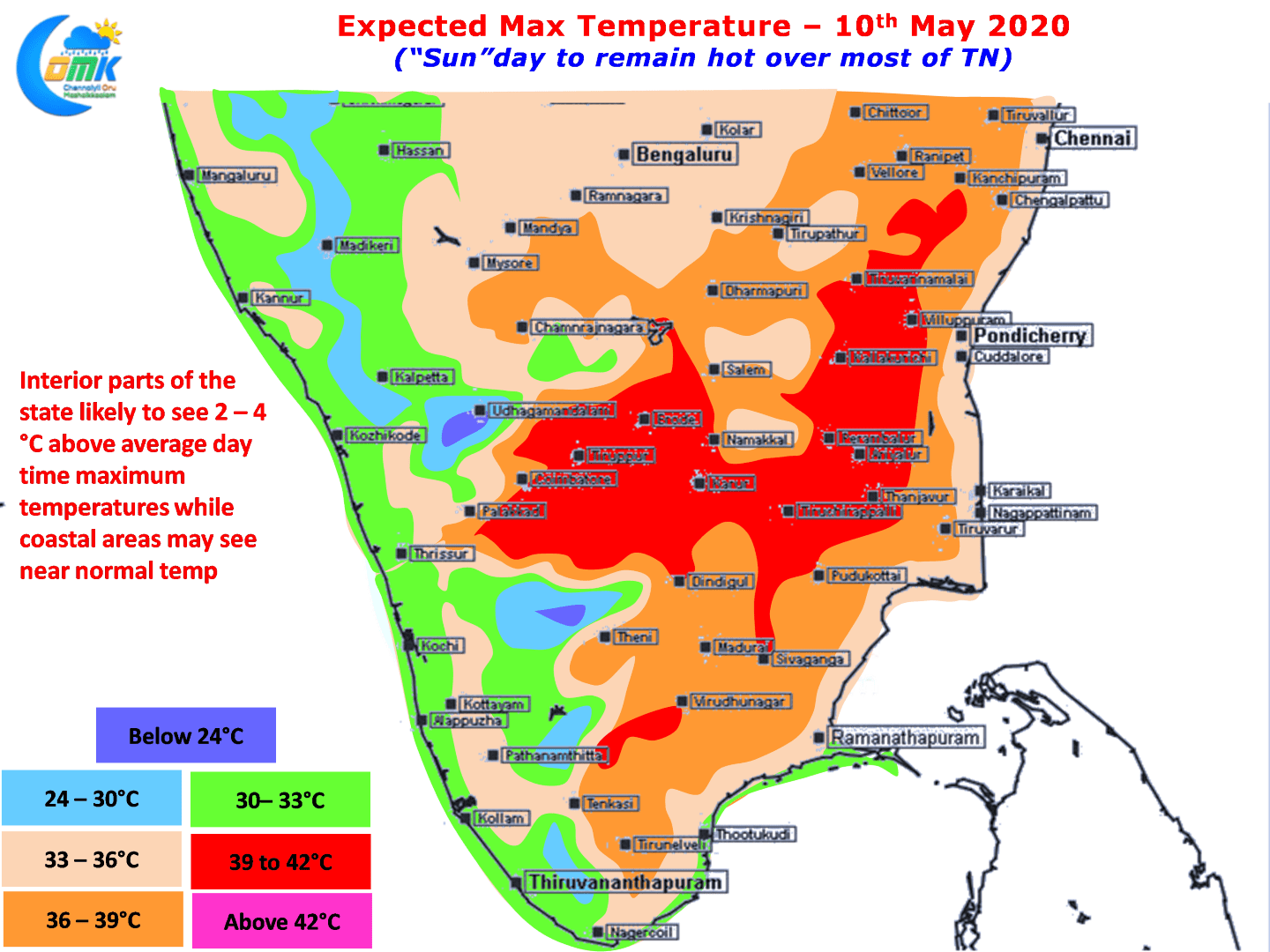 With the 1st week of May behind us its time to look forward to a few things on the weather front. While the Monsoon Onset over Kerala is 3 weeks away the arrival of Southwest Monsoon is not very far away over the Indian Sub Continent though. The first port of call for Monsoon over India is parts of Andaman Islands around 3rd week of May.

Similarly as rest of the Indain sub continent looks forward to the starting of Monsoon dynamics people in Chennai will have to brace for the arrival of Seasonal Westerlies, the season of heat, the season of no Sea Breeze for comfort for most parts of the day. So far the Easterlies have been holding sway keeping temperatures under check for Coastal areas like Chennai. Today is no different though with interior parts of the state continuing to sizzle under the Sun with many places staying 2 to 4ºC above normal while coastal areas are likely to see near normal maximum temperatures.

A few days back Bay of Bengal saw the first seasonal low which showed enough lethargy in the world to resemble a python that does not move after a heavy meal. After staying put for a couple of days around the Equatorial Waters undecided it ended up weakening leaving only a skeleton in the form of a remnant Upper Air Cyclonic Circulation. Now we are likely to see the unimaginable, skeleton getting life back in the form of next round of Low Pressure around Andaman Islands. It remains to be seen what will eventually come out of this second attempt considering there is one other weak Upper Air circulation as well over Comorin Sea.

As far as the daily thunderstorms update goes today will once again see the usual suspects get their daily dose of thunderstorms. Few places in Kanyakumari, Tenkasi & Tirunelveli district are likely to see moderate thunderstorm activity later in the afternoon while parts of Kerala will see evening thunderstorms as is the case during this time of the year.