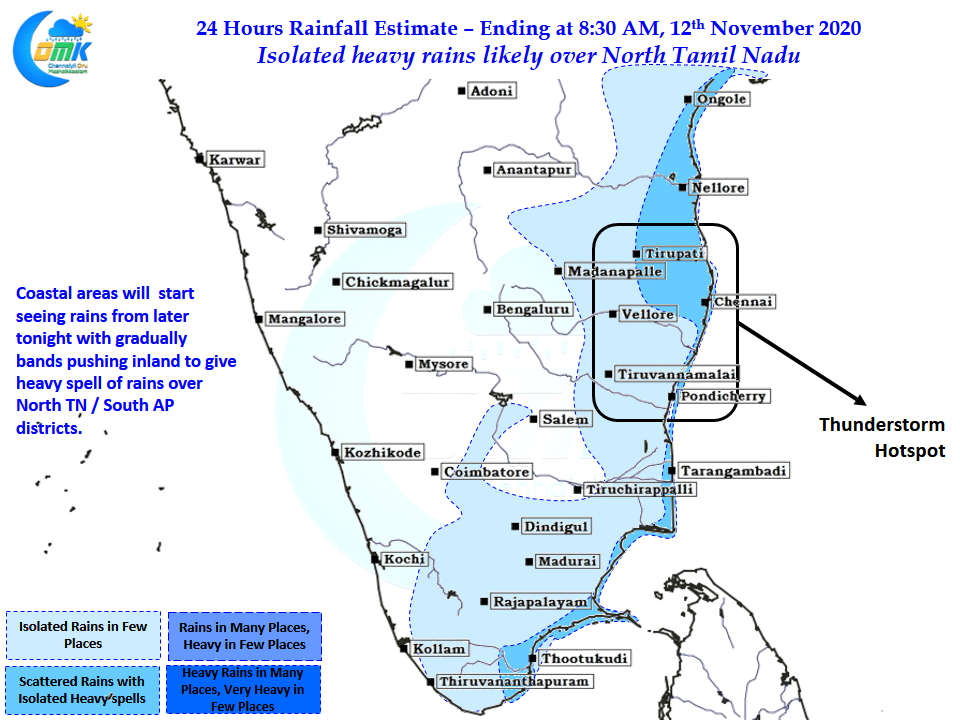 Just as rains are important, timely rains are important as well. In this context it becomes imperative to point out “Timely” as far nature goes does not work around calendar year so it becomes vital for weather bloggers to understand seasonal patterns and provide critical inference to farming community on the possible rainfall pattern for the season in terms of timelines so that their agricultural activities are better aligned to expected timelines of Monsoon rather than just calendar dates.

Satellite image indicates MJO influence over the eastern edge of the African Continent indicating a possible arrival of the “King Maker” into the Indian Ocean in a couple of days time. While the current expected spell is on account of the Easterly trough the arrival of the King Maker could coincide with possibly the best phase of NEM 2020 as a combination of factors could provide for a slow transit of MJO over the Indian Ocean over the next few weeks. It appears the first extreme rainfall episode of the season may be upon us soon with the stretch between Marakkanam & Delta likely to be the victim later this week or early next week.

The Easterly trough is likely to move westward closer to the Tamil Nadu coast bringing about the revival of rains from later today over the coastal areas. Initially the rains are likely to stay along the coast gradually pushing inland. With favorable wind pattern the stretch along South AP & North TN is ideally placed for a spell or two of heavy rains as the trough moves west. Isolated places around Chennai could possibly see sudden burst of rains particularly close to the coast sometime today afternoon / evening.