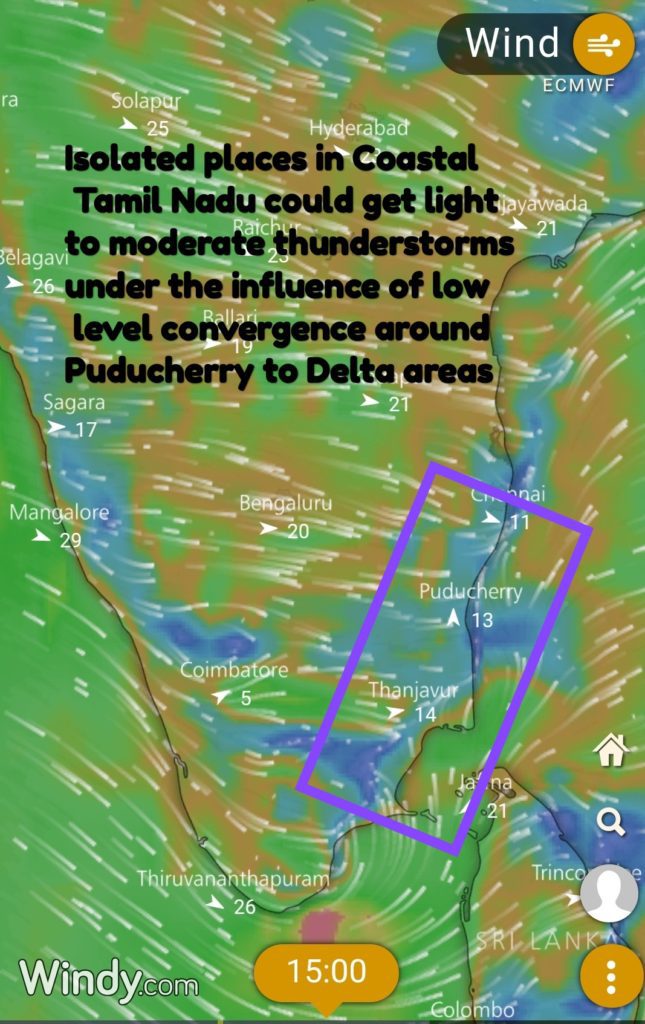 Southwest Monsoon has been going through a fairly subdued phase for the past few days even though isolated heavy rains have been seen in one or two places over the West Coast. In particular monsoon has almost been negligible south of 15N latitude with no appreciable rains in Kerala & most of Karnataka. The last couple of days have seen subdued thunderstorm activity as well over most of Tamil Nadu too making it a dry Peninsular India.

In the last couple of weeks only twice has the Daily Rainfall graph stayed above normal with most days staying below normal. As a matter of fact the departure from normal which was around 80% during mid June has now come to 4% above normal indicating the poor phase for the past fortnight or so. With the cyclonic circulation brewing off Odisha Coast in Bay the Monsoon can look to the usual help from Bay to improve the dynamics back. One though needs to keep in mind MJO currently has not been very helpful for the Monsoon to pick up pace well. This would mean on needs to be little circumspect on the extreme precipitation events which some of the models are estimating. But overall Southwest Monsoon will pick pace once the circulation moves inland in a NW direction over the next day or two. As far as thunderstorm activity for Tamil Nadu goes we could possibly see some light to moderate showers along the coast in particular between Puducherry & Delta due to lower level convergence. With streamlined upper level westerlies and no apparent instability in the atmosphere it may be prudent to keep expectations tempered even if models show wide ranging precipitation estimates.