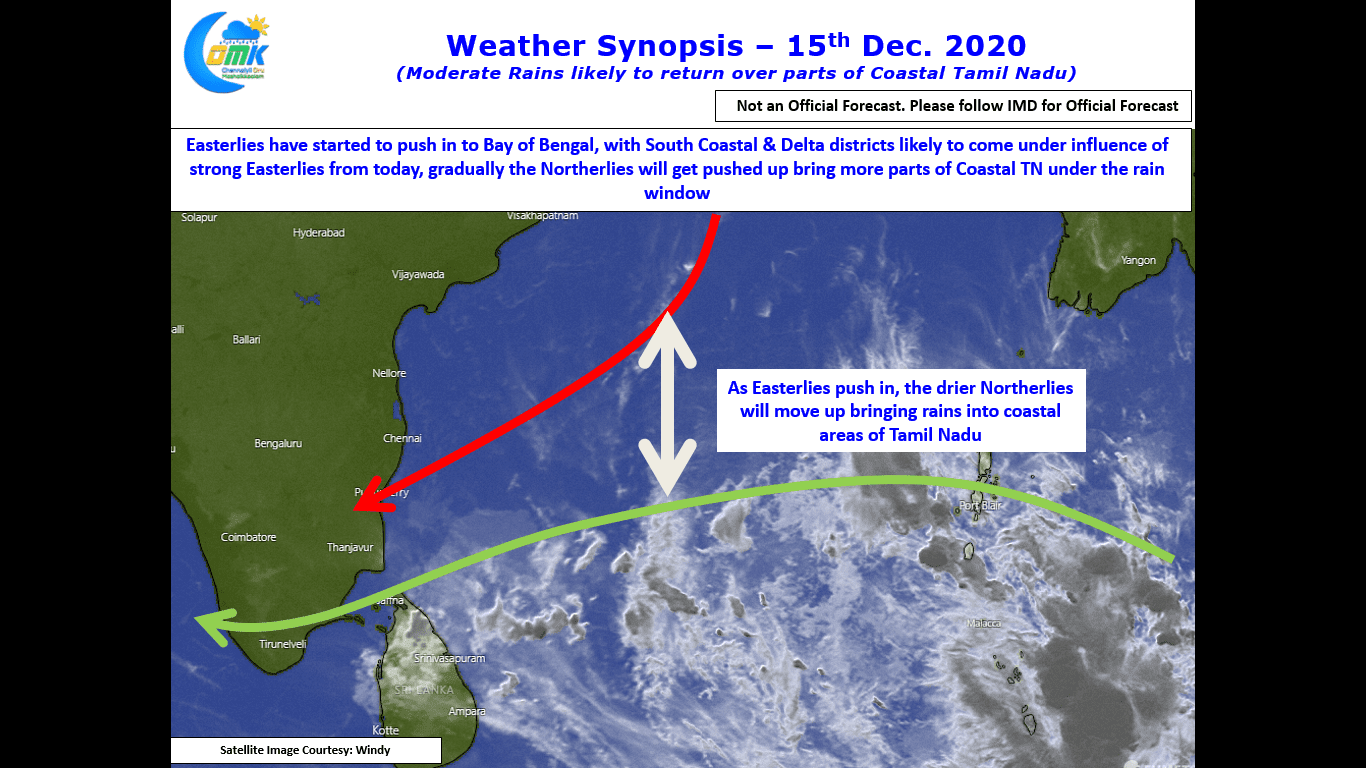 After a few days of dry hazy weather, yesterday saw the return of cloudy skies over coastal areas of Tamil Nadu including Chennai. Few parts of the city particularly in the southern areas saw light drizzle as well in the morning hours for a short time indicating the changing times. As we often mention once we get to the second half of December any spell of rains for Chennai is bonus. If one were to look at rainfall data since the year 2010 only on 3 occasions has Chennai AP recorded more than 5 cms rains during the second half of December.

While this being the case when there are disturbances we are likely to see increase in rainfall activity. The upcoming Easterly influence is one such instance where moderate rains are likely to happen over the coastal areas of Tamil Nadu though delta districts could be in line for heavier spells of rains depending on whether a possible Trough of Low or LPA evolves out of this wave in the coming couple of days.