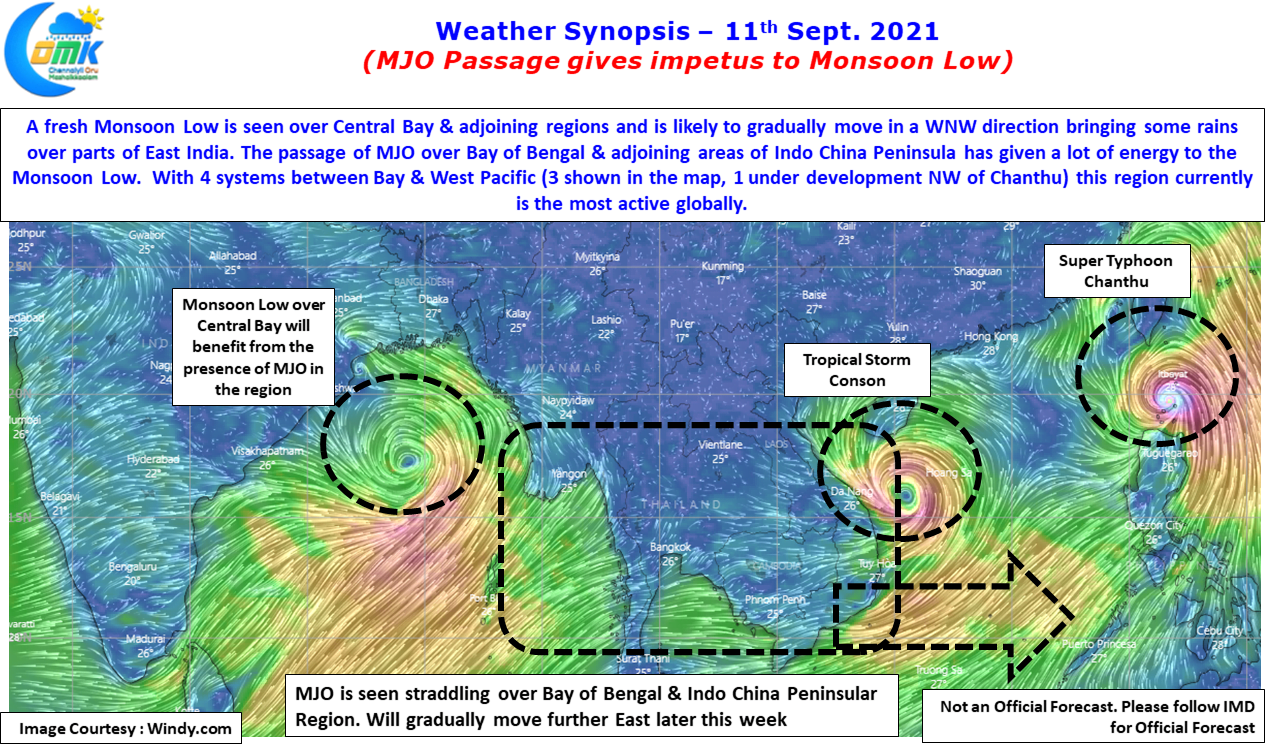 This year unfavorable MJO passage also was a reason why August was poor overall for Southwest Monsoon season. Currently the MJO is seen straddling the Bay of Bengal & adjoining west Maritime continent areas. This is likely to provide impetus to the Monsoon Low which is forming in Central Bay. The result of support from MJO will mean it is likely to become a Monsoon Depression as it heads towards East India & adjoining areas of Gangetic Plains . In the meanwhile mostly dry weather is likely to continue over Tamil Nadu with rains restricted to along the Ghats. Parts of Western Ghats in Karnataka may see heavy rains in a few places.