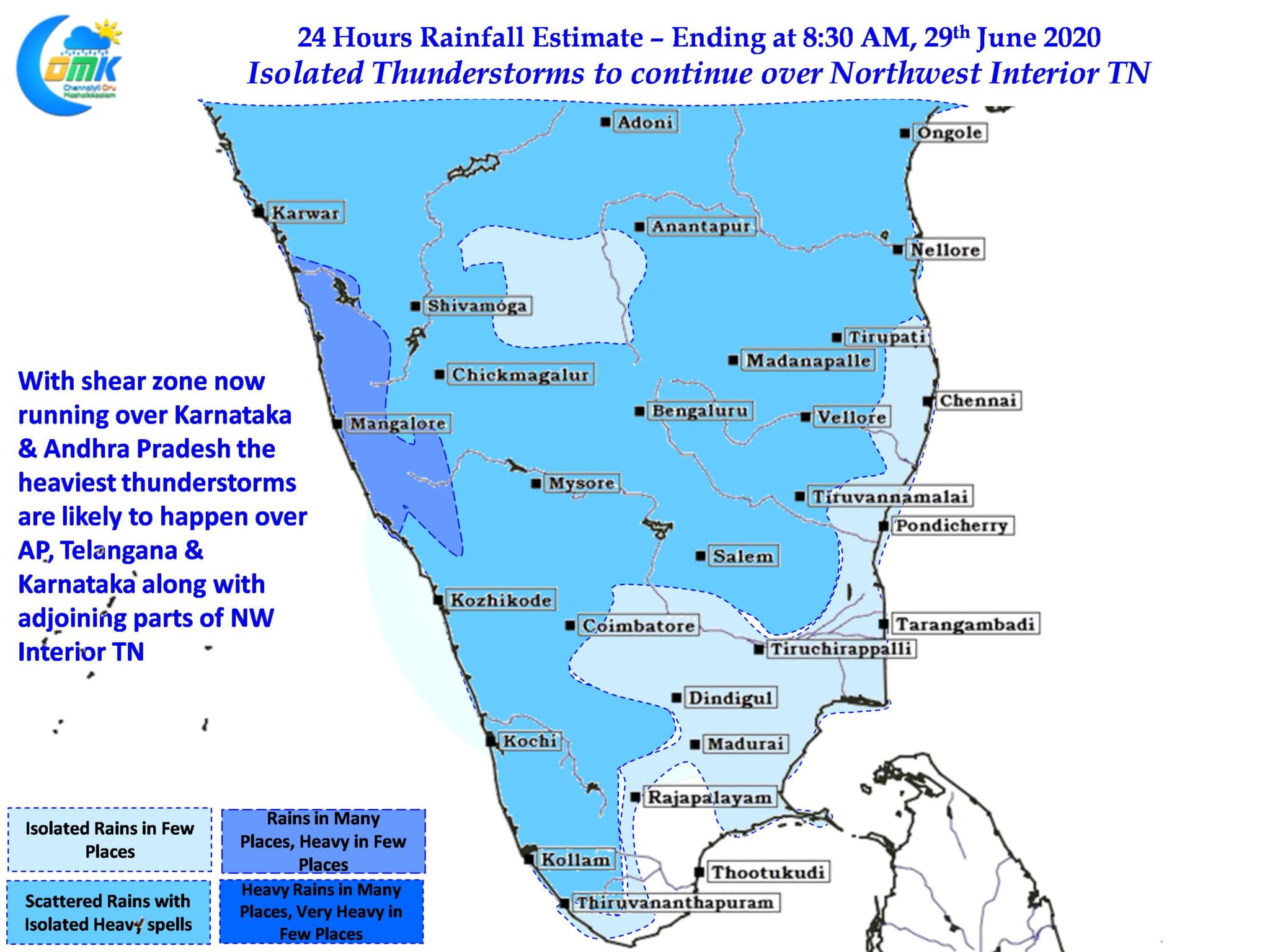 With the shear zone now around 12N latitude thunderstorms will continue over Peninsular India with places in Andhra Pradesh around the Rayalaseema region, Telengana & Interior Karnataka will enjoy the better spell of rains. Monsoon continues to remain weak over the West Coast with Westerlies sticking to the lower latitudes of Peninsular India. This weak phase of Monsoon is confirmed by the extreme rains happening over Northeast India where places like Cherrapunjee, Coochbehar etc have been seeing very heavy rains over the past few days.

As far as thunderstorms for Tamil Nadu goes places in Northwest Interior TN stand a better chance for thunderstorms to develop today through the presence of Shear Zone. With steering winds remaining weak interior storms may not push across to the coast so places that come under thunderstorms will see intense spell.

Chennai continues to remain under unfavorable wind pattern giving little chance. The intrusion of sea breeze triggering thunderstorms in the vicinity of Chennai & suburbs similar to the storms that happened yesterday in a few southern suburbs remain the best possibility.