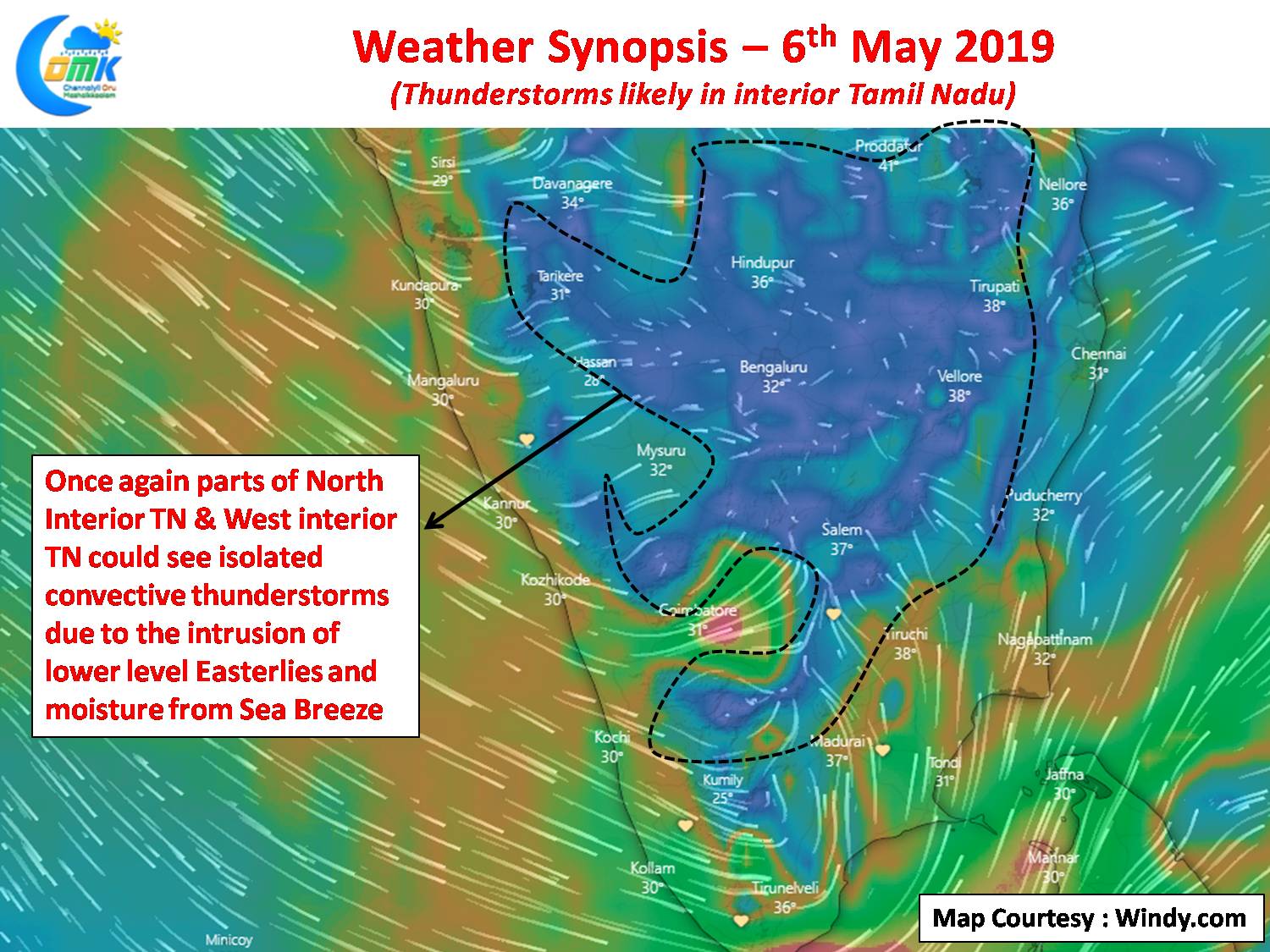 Summer is well and truly on for the interior parts of North Tamil Nadu with temperatures hovering around 43°C for the past few days over Vellore & Tiruttani. Similarly Chennai temperatures have stayed above the 100°F mark for Chennai Airport observatory as well for the past couple of days. With Cyclone Fani pretty much strengthening Westerlies on a seasonal basis things are going to be similar on the temperature front with many places in the state likely to see 4 / 5 °C above normal temperatures today too.

The interesting though is the return of thunderstorms over parts of TN, in particular, over North TN & West TN. Places in Vellore district recorded thunderstorms & hailstorms yesterday for second day in a row while parts of Salem & Dharmapuri district also recorded late night convective rains. Sholingur recorded a massive 14 cms on Saturday while Vellore town recorded 5 cms last evening.

Today also things are looking good for thunderstorms in the interior parts of the state due to the convergence of low level Easterlies and Westerlies over parts of North TN around TV Malai, Vellore, Kanchipuram & Tiruvallur districts. Similarly there could be isolated thunderstorms in parts of Saelm, Erode & Nilgiris districts as well. Most of it is convective thunderstorms triggered by the extreme heat & aided by the wind convergence as well.