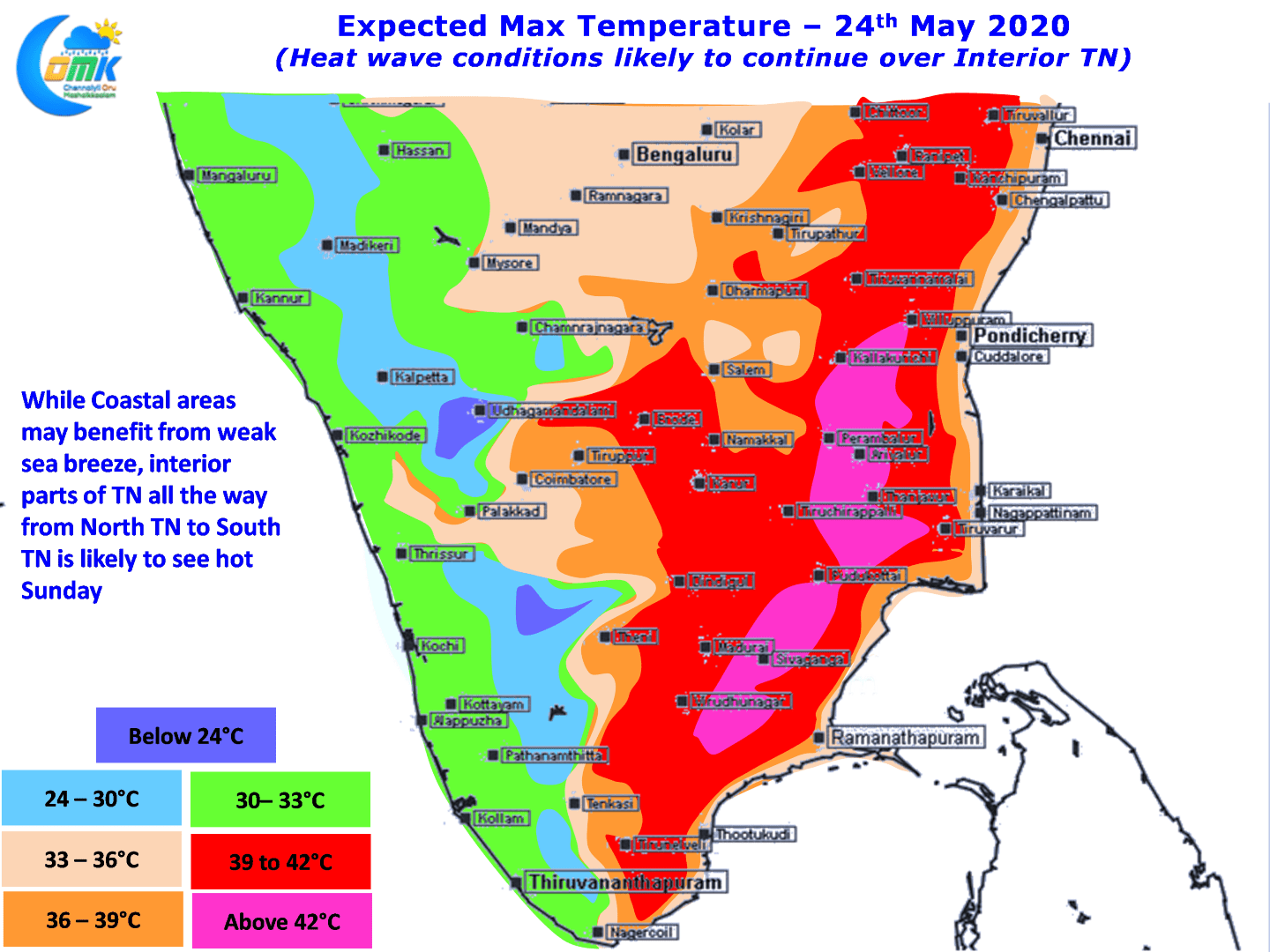 After a few days of intense heat places along the coast got some respite yesterday due to the arrival of weak sea breeze early in the afternoon for places like Chennai. Further away from the coast there was no respite with sea breeze unable to make a headway until late in the evening. Tiruttani recorded the first 43ºC of Tamil Nadu yesterday with Vellore not far behind at 42ºC.

Today though the heat belt could shift further South compared to the past few days with places all the way from Villuppuram district until Dindigul / Madurai districts likely to see 41 / 42ºC day time maximum temperatures. This band of heatwave conditions is likely to be seen between 50 to 100 kms off the coast line while places along the coast will benefit once again today from the intrusion of weak sea breeze.

In the meanwhile it appears the circulation like feature off Sri Lanka to the NE is likely to create wind convergence over pretty much the same zone which is likely to see heat wave conditions during the day time. This could bring some respite to places in Trichy, Namakkal, Perambalur, Karur, Dindigul, Madurai get some thunderstorms later in the evening along with few places along the coast.