For the past few days Weather in Tamil Nadu has been firmly influenced by the strong monsoon dynamics. Westerlies have been holding forte under the influence of Monsoon depression over East India. Last night saw temperatures in Chennai stay near 35°C even at 8 PM as absence of sea breeze ensured heat radiated from the land area kept the temperatures well above normal over coastal areas. 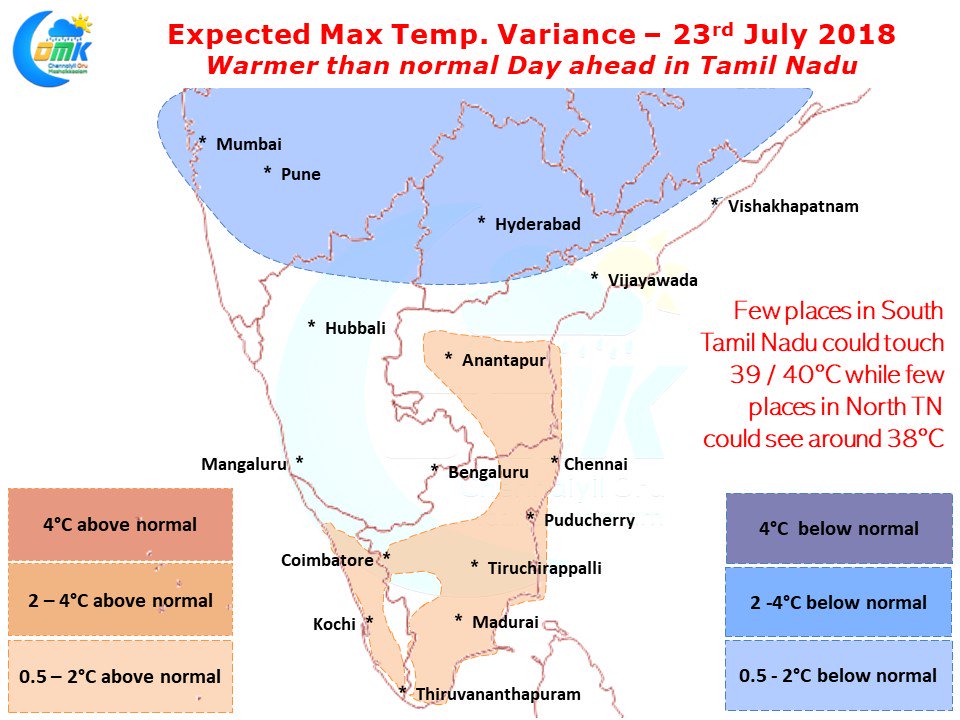 Numerical Models also indicate the return of sea breeze and low level convergence over Coastal areas of Tamil Nadu which could bring in improved possibilities of thunderstorm weather in Tamil Nadu. In particular parts of Pudukottai, Sivagangai districts could also see some Mid Tropospheric Wind instability which could bring moderate thunderstorms in these areas along with parts of Delta districts. The sea breeze front could trigger some thunderstorms around North TN areas as well though how much will Chennai benefit remains to be seen. 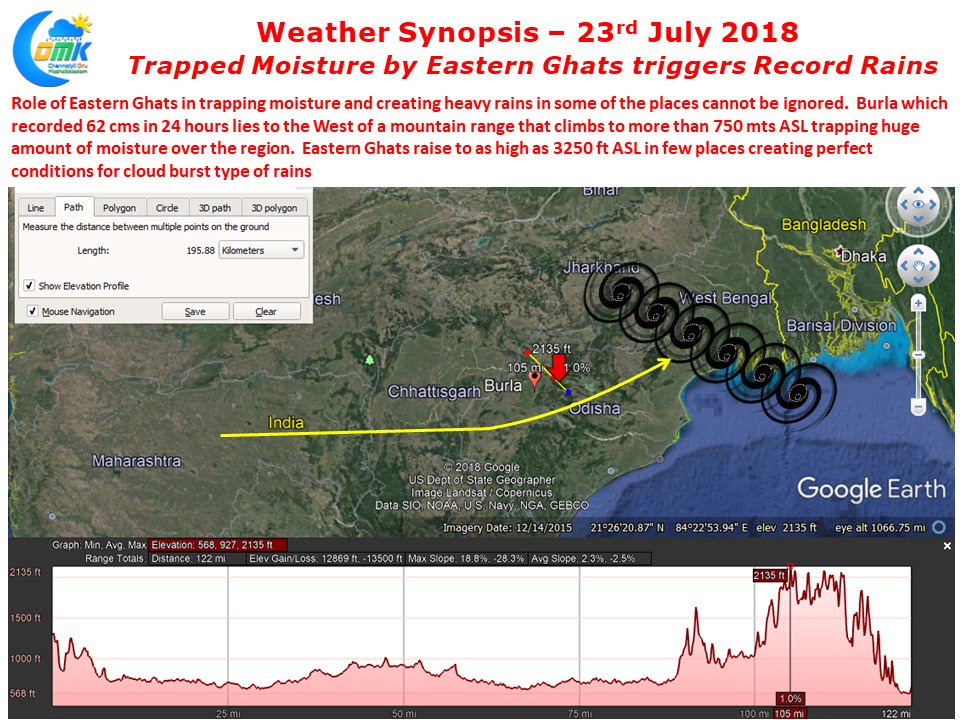 The Monsoon depression has created havoc over many parts of Odisha with Burla lying on the shores of Hirakud Dam recording 62 cms for the 24 hours ending 8:30 AM, 22nd July 2018. While the overall role of Monsoon Depression is without doubts clear what one must also ignore is the role of Eastern Ghats which climbs to more than 1000 mts ASL in many places of the State. Burla lies west of a mountain range which has an average elevation of about 750 mts ASL in many places creating perfect conditions for Cloudburst type of rains in the area.