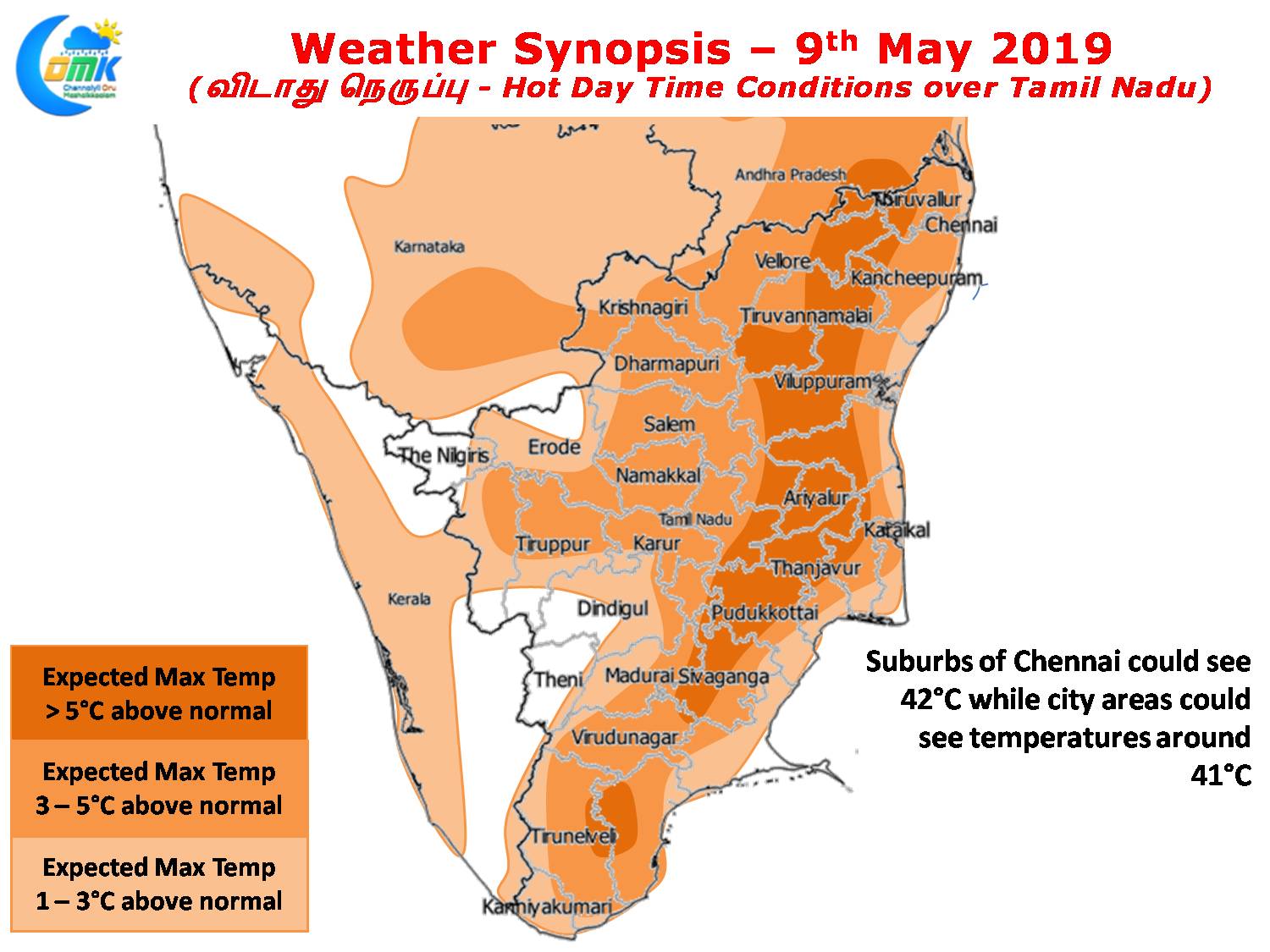 As we mention often North Tamil Nadu sees its hottest period when the Westerlies strengthen triggering a stronger land breeze bringing the interior heat into coastal areas like Chennai. Additionally the savior for coastal places, Sea Breeze, at times becomes helpless against the strong surface westerlies.

Both the IMD observatories in Chennai have been seeing above 40ºC with Meenambakkam recording 42ºC on Tuesday. While Wednesday saw lesser number of stations crossing 40ºC, on Tuesday 9 stations crossed 40ºC indicating how hot conditions have become over large parts of Tamil Nadu.

The overall pattern though is going to be of heat with possibly the next couple of days likely to be among the hottest days of the season so far. Wind charts clearly indicate a bit of strengthening by the Westerlies which is likely to keep the sea breeze away until mid afternoon increasing the heat for places all along the North TN coast including Chennai. While there is every indication the suburbs of Chennai could top 42ºC with possibly one or two places in the southern & Western suburbs could even touch 43ºC.