Ever since the official NEM 2018 season, as followed by IMD,  began on October 1st it has been a pretty much erratic trend of rainfall pattern for Tamil Nadu.  What was a very good few days of rains during the first week of October influenced by Pseudo Easterlies was followed by a dry spell for nearly 3 weeks with a day or two of good rains in between. 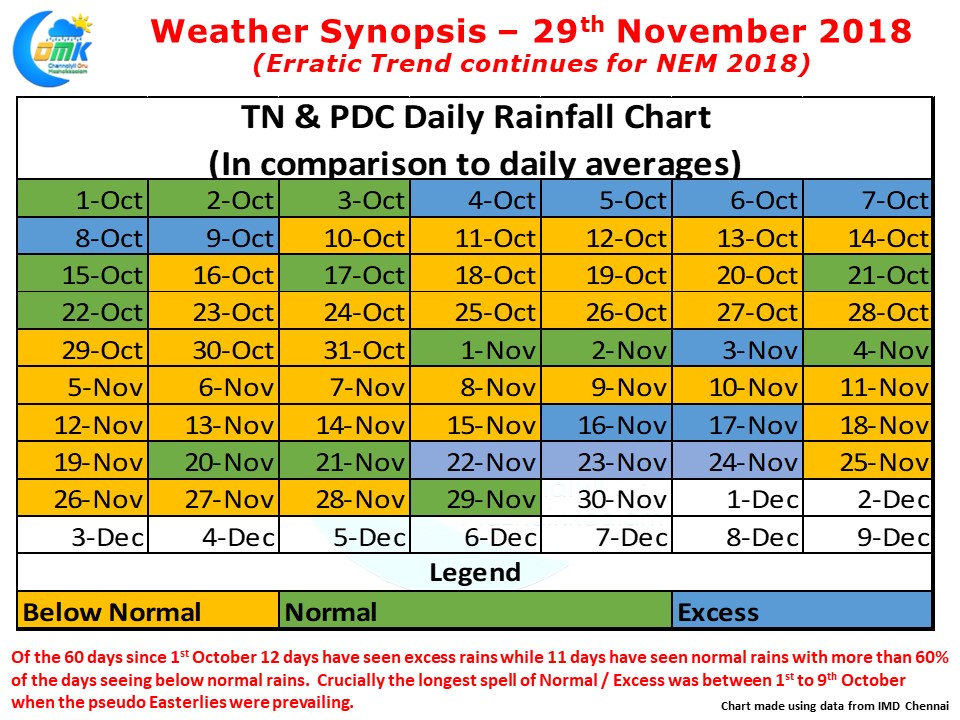 This year’s NEM has been characterized by the long dry spells with occasional wet spells in between with possibly 4 clear spells of rains seen so far ( all dates are rainfall ending 8:30 AM as maintained by IMD) 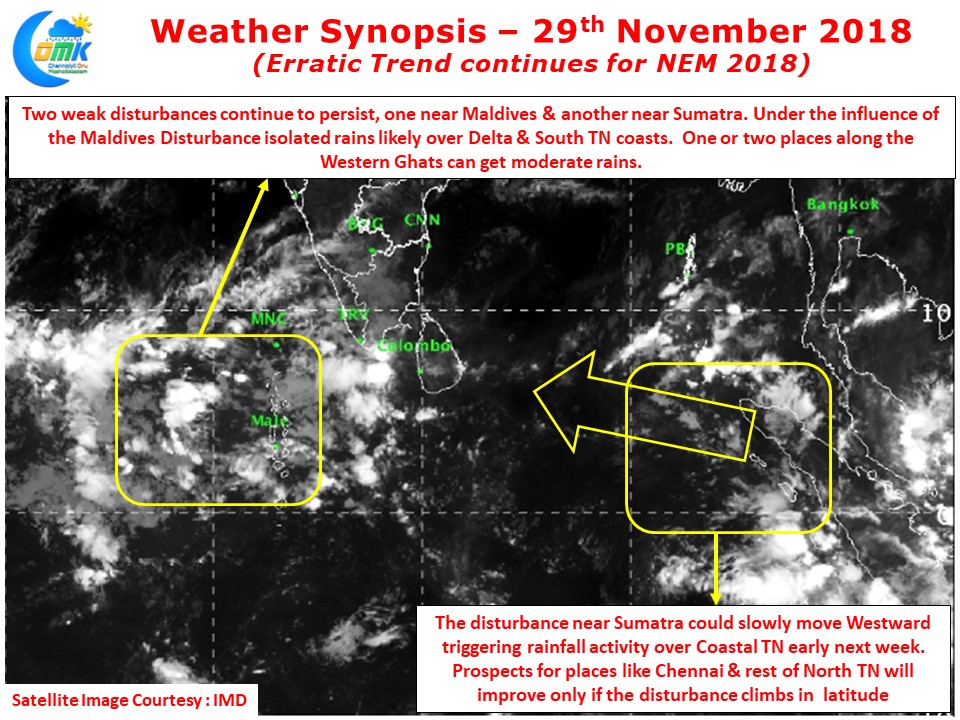 In the current context there are two weak disturbances influencing weather over Peninsular India and Equatorial waters.  The cyclonic circulation near Maldives is likely to create some moisture drag providing isolated rains over coastal areas of Tamil Nadu between Delta & South TN along with moderate rains in a few places along the Western Ghats.  The other disturbance near Sumatra is the one that needs to be keenly watched.  How much North it will climb in the coming couple of days will decide the rainfall prospects for places like Chennai early next week. Without some appreciable climb to the North rainfall prospects for Chennai will remain limited. But the overall worry is once again the erratic trend of NEM 2018 with once again conflicting forces conspiring against a good spell of rains for Tamil Nadu.  While its a little far fetched a possible interference by Equatorial Rossby wave could become counter productive to the possible favorable role which MJO could have played during its arrival into Indian Ocean in a few days time.

Hopefully for the sake of rains a slight delay in the arrival of MJO is what we at COMK expect and then could possibly bring about a change in scenario with less damaging influence from Equatorial Rossby wave.