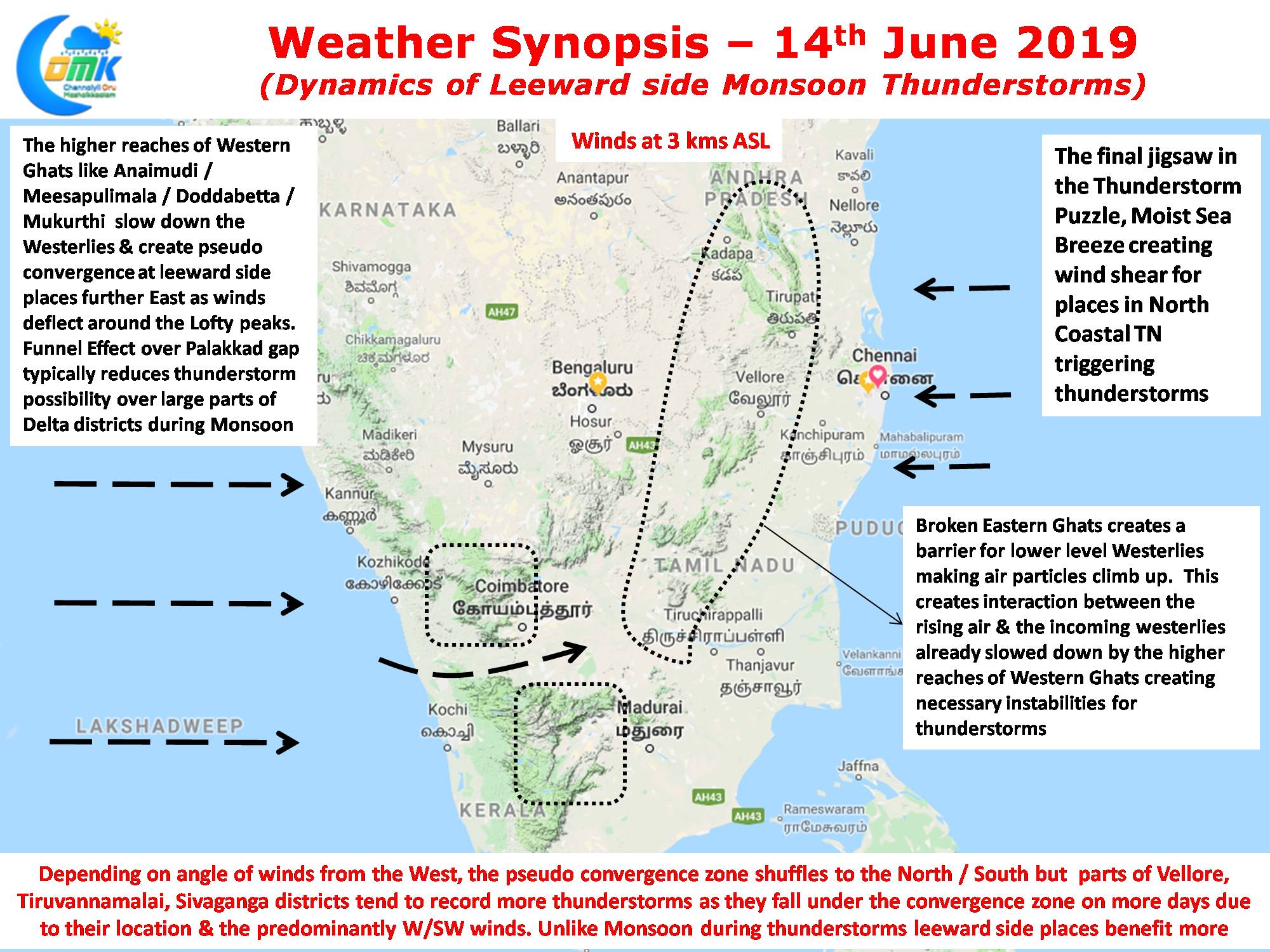 Veppa Salanam thunderstorms as they are called often in Tamil Nadu is a weather event that always fascinates weather bloggers across the Indian Sub Continent. Pre Monsoon & Post Southwest Monsoon thunderstorms follow a pattern of forming around the Convergence Zones triggered by the seasonal wind changes, as the wind pattern shifts East to West / West to East the convergence zone also keeps oscillating across the Peninsular India.

But Monsoon thunderstorms are a different animal all together with more factors that influence thunderstorm development. On the one hand strong Westerlies, put into the mixture two diagrammatically different Mountain Ranges, hot day time conditions aided by clearer skies and finally the arrival of sea breeze filled with lower level moisture in some days.

Yesterday we saw the start of Monsoon thunderstorms over a few places of Tamil Nadu. Places in Tiruvannamalai, Villupuram, Kanchipuram districts recorded moderate rains while some parts of Chennai recorded drizzles / light rains especially in the Northern & Southern suburbs. Today also we are likely to thunderstorms in parts of North TN and few places in the Delta / Pudukottai / Sivaganga region. Weather models indicate W/SW upper level Westerlies while a moderate to strong sea breeze from the East is likely to trigger lower level convergence creating atmospheric instability for thunderstorms to develop.

The purpose of this post is not to address the technical aspects like PBL / Adiabatic Lapse Rate etc but more like a few causative factors that create the right conditions for development of thunderstorms.

Its difficult to put an equation to the above causative factors, but when most of the above factors fall in place then we can be positive of thunderstorms happening that day.