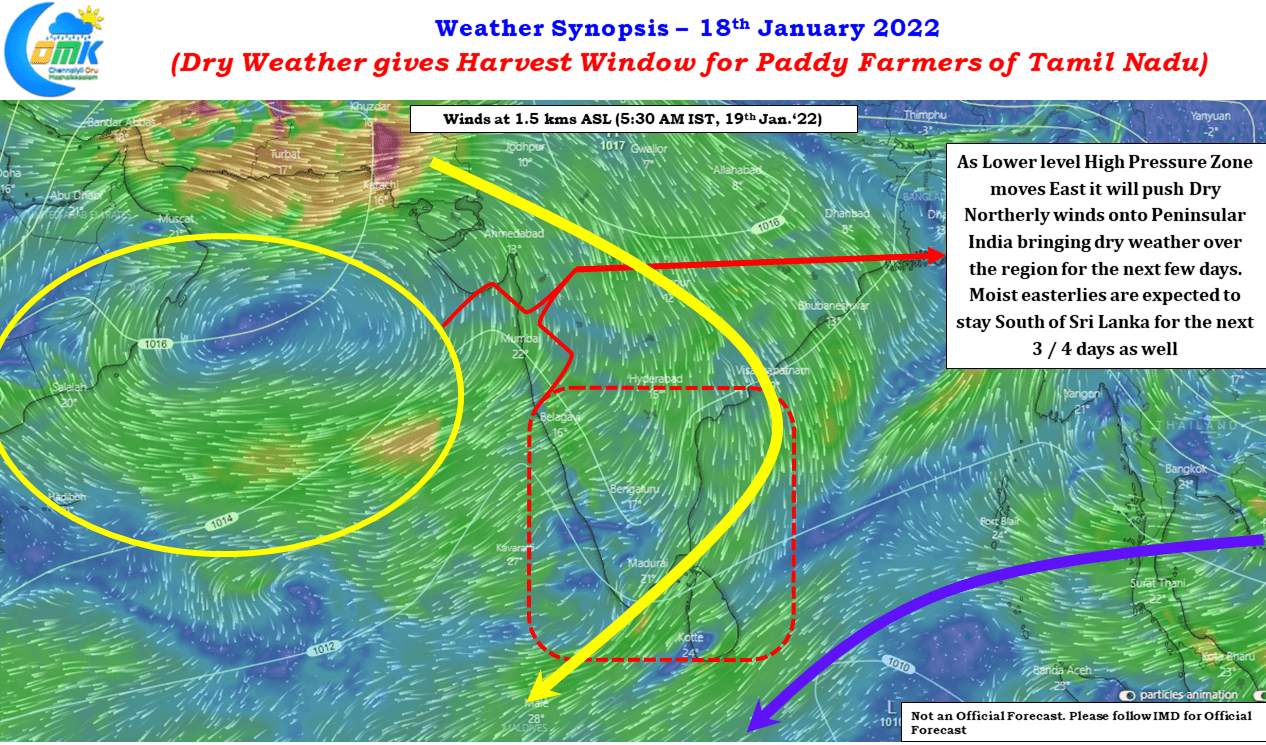 Just as Pongal festivities started to gradually wind down parts of Coastal Tamil Nadu, particularly North TN around Chennai & Suburbs saw a very good spell of rains which started after midnight on Monday and continued over the next few hours and in some cases until late afternoon as well. While most places received light to moderate rains, one or two places recorded heavy rains accumulating more than 6 / 7 cms overall. Interestingly once again it is Chennai & suburbs which saw the heavier spells, the pattern since the start of Northeast Monsoon 2021 in late October.

It is worth studying the possible reasons on why weather models are not able to pick up the pattern & intensitiy of these spells well in and around Chennai. Is there a possible Urban Heat Island effect that may need finer mesoscale Urban Canopy WRF Model to pick up the heat & moisture fluxes better than global models or is there larger scale global events that is impacting the rainfall event. If so why is it more repetitive in and around Chennai compared to rest of the cost of TN which also holds good for the warm Bay of Bengal. The Bay is fairly warm so should possibly impact most coastal places. As they say in Spy Business, there is nothing called coincidence, holds true for weather. The challenge is to find the pattern & not brush it as coincidence.

Meanwhile on the weather front the next few days will bring Harvest window for the paddy farmers of Tamil Nadu, particularly the delta farmers, who typically plan their harvest after the Pongal festivities are completed. Satellite image indicates the northerly winds from the continent is taking control of the situation bringing the associated dry weather with it. Satellite image since last evening is indicating the red shade (indicative of drier conditions) pushing south towards delta & central TN areas. A much needed spell of dry weather will surely go a long way in helping the delta farmers complete their paddy harvest without any major worries.