The Dry conditions across Tamil Nadu that has been persisting for the past couple of days is expected to continue for another day or two as overall suppressed atmospheric conditions prevail over Peninsular India.  As we have been mentioning often this Northeast Monsoon Season this year’s monsoon has been performing in Fits & Starts even if one were to account the erratic nature inherent with the retreating monsoon.

This is clearly visible in the district rainfall map of Tamil Nadu with districts along the coast between Delta & South TN seeing better numbers while North TN districts are all seeing massive deficits due to poor Monsoon so far.  Similarly Northwest Interior TN districts of Dharmapuri & Krishnagiri are seeing similar fate as not much benefit was seen in these districts due to the absence of penetrating systems across Peninsular India. 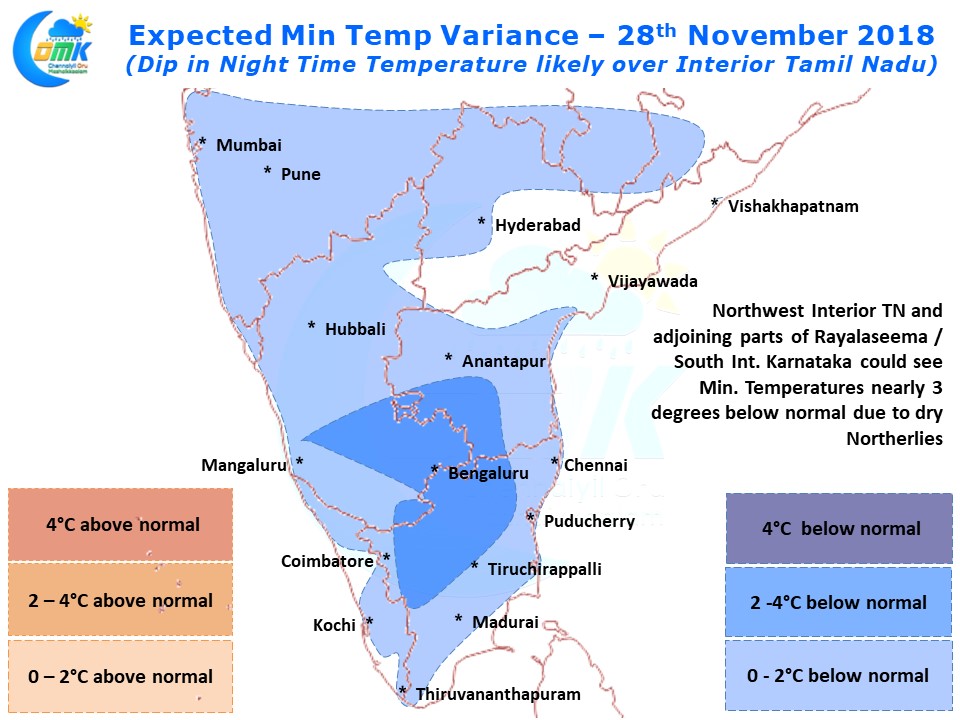 Tonight interior places of Tamil Nadu along with adjoining parts of South Int. Karnataka & Rayalaseema region is likely to see a dip in night time temperatures.  Places in Vellore / Dharmapuri / Krishnagiri districts could see night time minimum temperatures around 15°C with most places in the region likely to see temperatures stay nearly 3 degrees below normal for this time of the year.