Joint Typhoon Warning Center (JTWC) has issued a cyclone formation alert in the Bay of Bengal.  The probability of a Tropical Cyclone formation over the next 24 hours is very high as per JTWC.

Currently the system is showing some good organization and is expected to move in a NNW direction as it gets guided by the HPA over its east.  Under a marginal shear zone the system has very high SST to its advantage and could intensify well over the next couple of days.  Though its unlikely this one would undergo rapid intensification like Nilofar or Hudhud.  If it intensifies into a Cyclone it would be named Ashobaa, a name contributed by Sri Lanka. 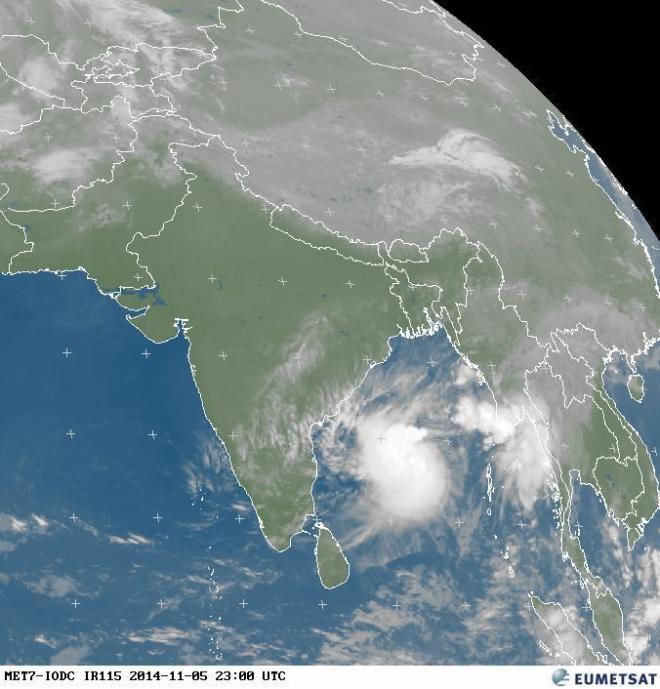 We expect the system to continue in a NNW direction initially and subsequently take a  Westerly track when it comes under the influence of the HPA over Central India.  The original forecast put out by COMK on 4th November would still hold good as things stand.