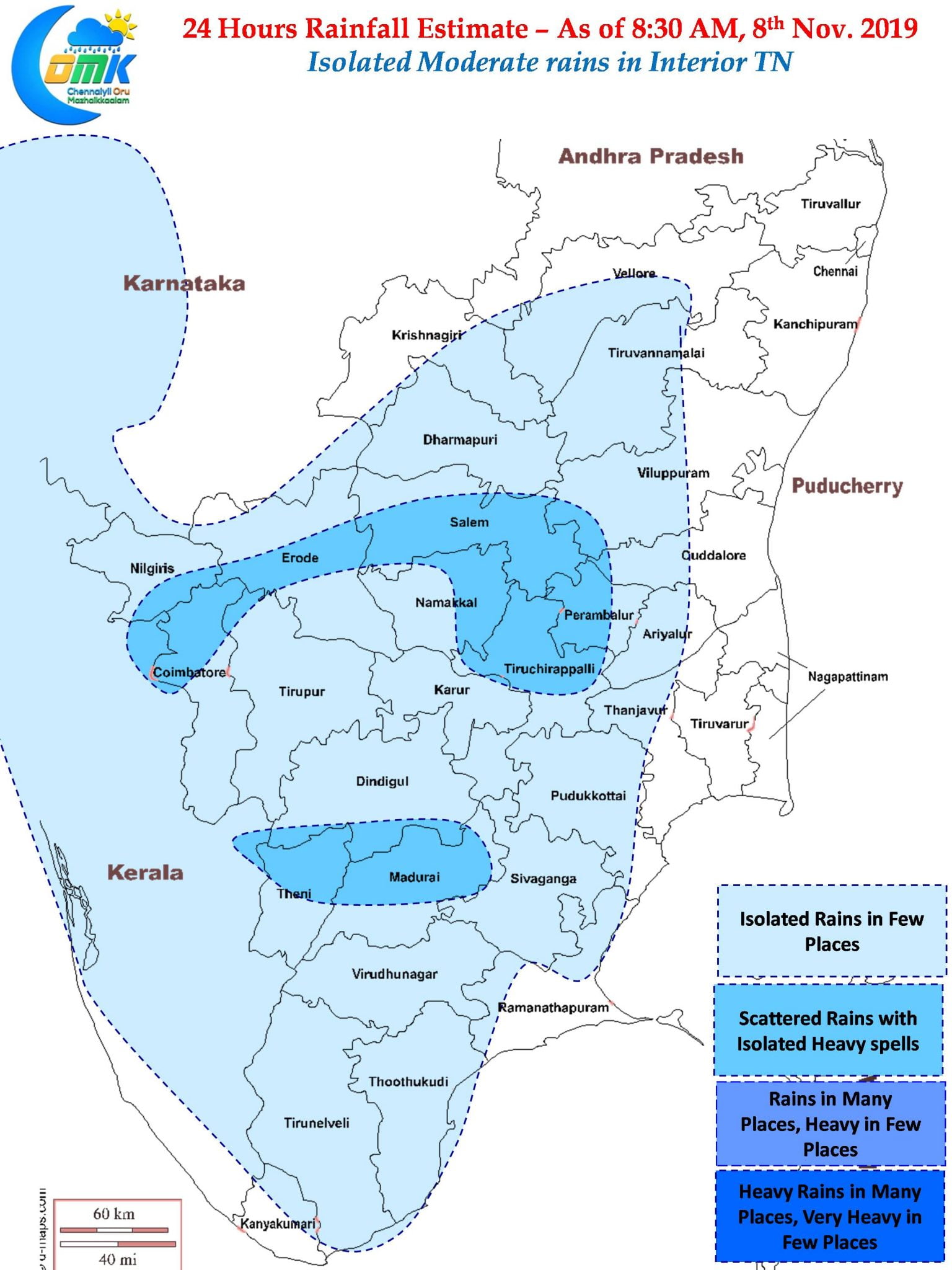 In what is likely to be one of the most active post monsoon cyclone seasons the first cyclone in Bay of Bengal during Northeast Monsoon season has formed near Andaman Islands. Cyclone Bulbul, a name given by Pakistan, currently lies around 350 kms to the W/NW of Mayabhunder in the North Andaman Islands.

Currently lying in a zone of high wind shear it is sporting a very good poleward outflow which is likely to allow intensification with the support of some very warm Bay waters in the region. Weather models indicate over the next 36 – 48 hours it is likely to intensify taking a NW track during this time. Subsequent progress will depend on whether it is able to sustain its intensity under the influence of an incoming Westerly trough.

Currently Cyclone Bulbul has the advantage of some support of the MJO currently lying over Western Maritime continent it is expected to fade away around the same time the westerly trough is expected to influnce over Indian Sub Continent. This phase will possibly decide if Cyclone Bulbul will wash ashore as a weak skeleton or make a strong landfall

In the meanwhile dry period is likely to continue over Coastal Tamil Nadu for the next few days with places along the Western Ghats better placed to enjoy a spell or two of moderate rains today as well. Interior districts like Salem, Namakkal & parts of South TN around Dindigul could see one or two sharp spell of rains later in the evening.