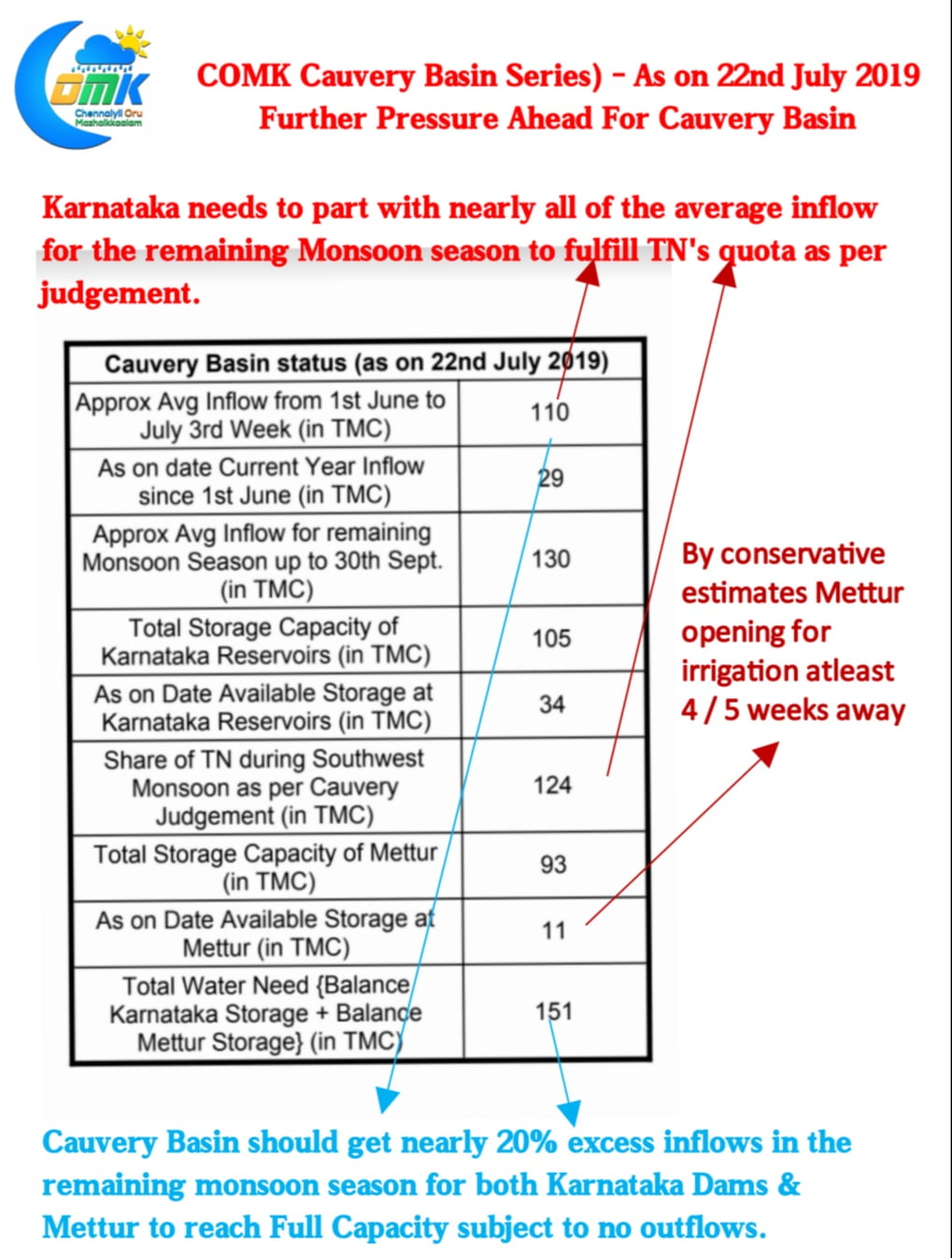 As Southwest Monsoon gradually slows down from its first active spell of the season it’s right time for us to put out the second installment of the COMK Cauvery Series 2019. The first post in this series was published on 29th June with nearly a month gone in the monsoon season.

Nothing much has changed despite July being far better than June for the Cauvery Basin. In the context of model estimates for the next couple of weeks expecting slightly below normal rainfall pattern over Southern parts of Peninsular India it becomes imperative to check on the current status and also what may happen to the Mettur dam opening schedule. Models are indicating Monsoon is likely to remain weak over the next few days in particular over Kerala and parts of South Interior Karnataka.

With places like Wayanad still not getting enough rains Kabini has struggled to get good inflows with the storage crossing the half way mark only this week. To give a perspective last year by this time the same Dam had overflown three times. The status of Harangi sums up the Cauvery Basin status. Smallest of all the dams in Karnataka it’s still to even reach halfway mark.

As things stand the basin is going to be under further pressure in the days to come taking into account the amount of water needed for both Karnataka & Tamil Nadu. We have looked at it from two angles.

Both of the above seems far fetched in the current context. Keeping this in mind it appears on a conservative estimate taking into account expected rainfall pattern it might be 4 / 5 weeks atleast before Mettur may be opened for irrigation.