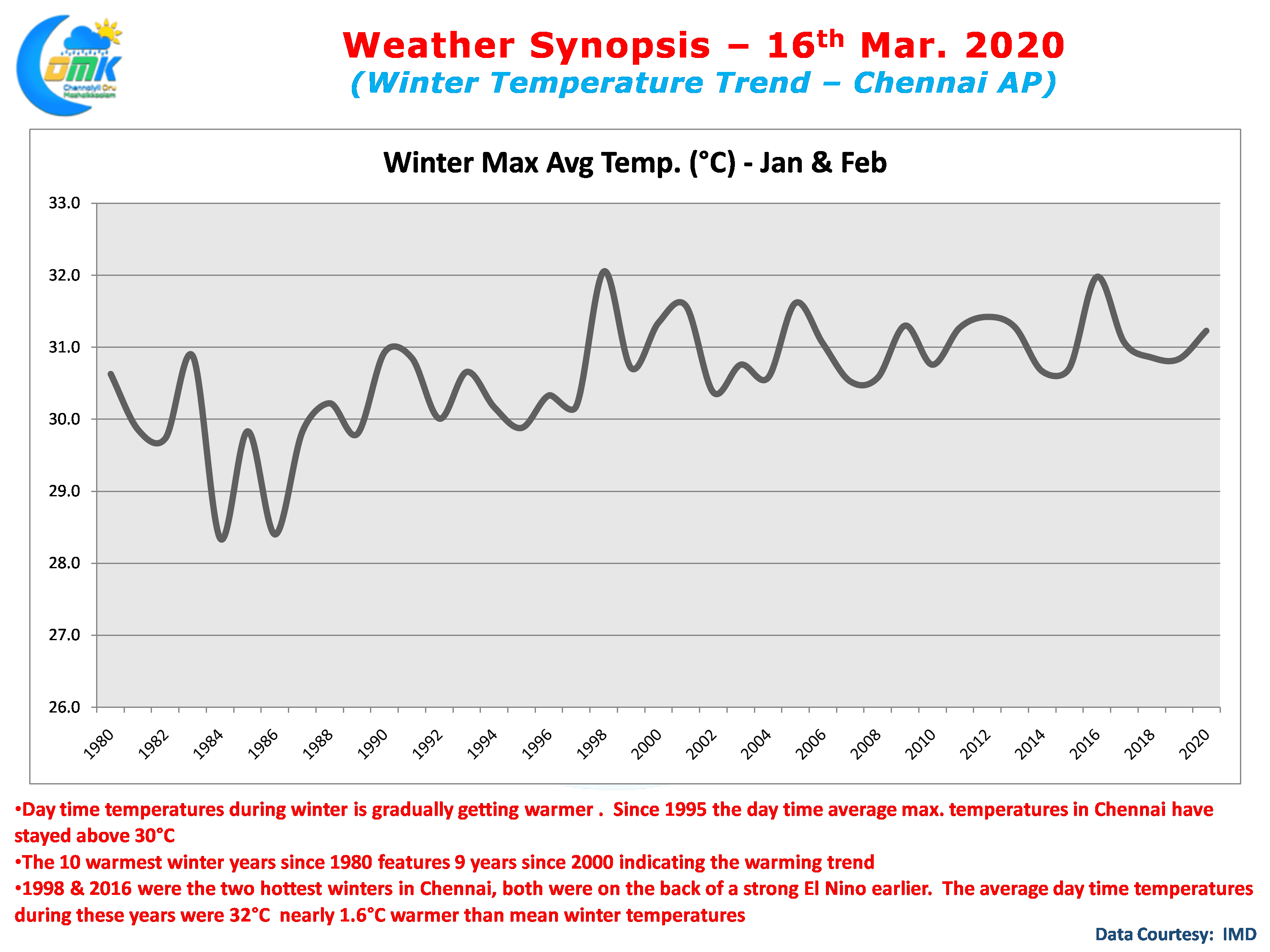 At COMK we tend to use dull off season weather to focus on long term climate trends to understand changes if any happening. Today we try to understand if there is any change to the winter temperature pattern of Chennai. The trigger for this exercise was the pretty much poor winter 2020 saw with hardly any cool days.

The feeling about a warm winter was not just shared by regular weather watchers but also common public. This feeling was not very off with 2020 being the third warmest winter if one were to look at average minimum temperatures during the month of January & February as an indication. 2020 on an average was warmer by 0.6ºC compared to 2019. As a matter of fact 2020 was the warmest winter Chennai had seen in more than two decades.

If one were to look at the average maximum temperatures its quite obvious there is a warming up trend seen. The days during winters are surely warming up in Chennai. While before 1995 on an average every other year has seen the day time max average stay below 30 ºC, since then no year has seen the average max temp during winter stay lower than 30 ºC. It appears Chennai’s winter temperatures tend to be closely linked to the Nino state. Years on the back of Strong El Nino have seen winters being warmer than normal