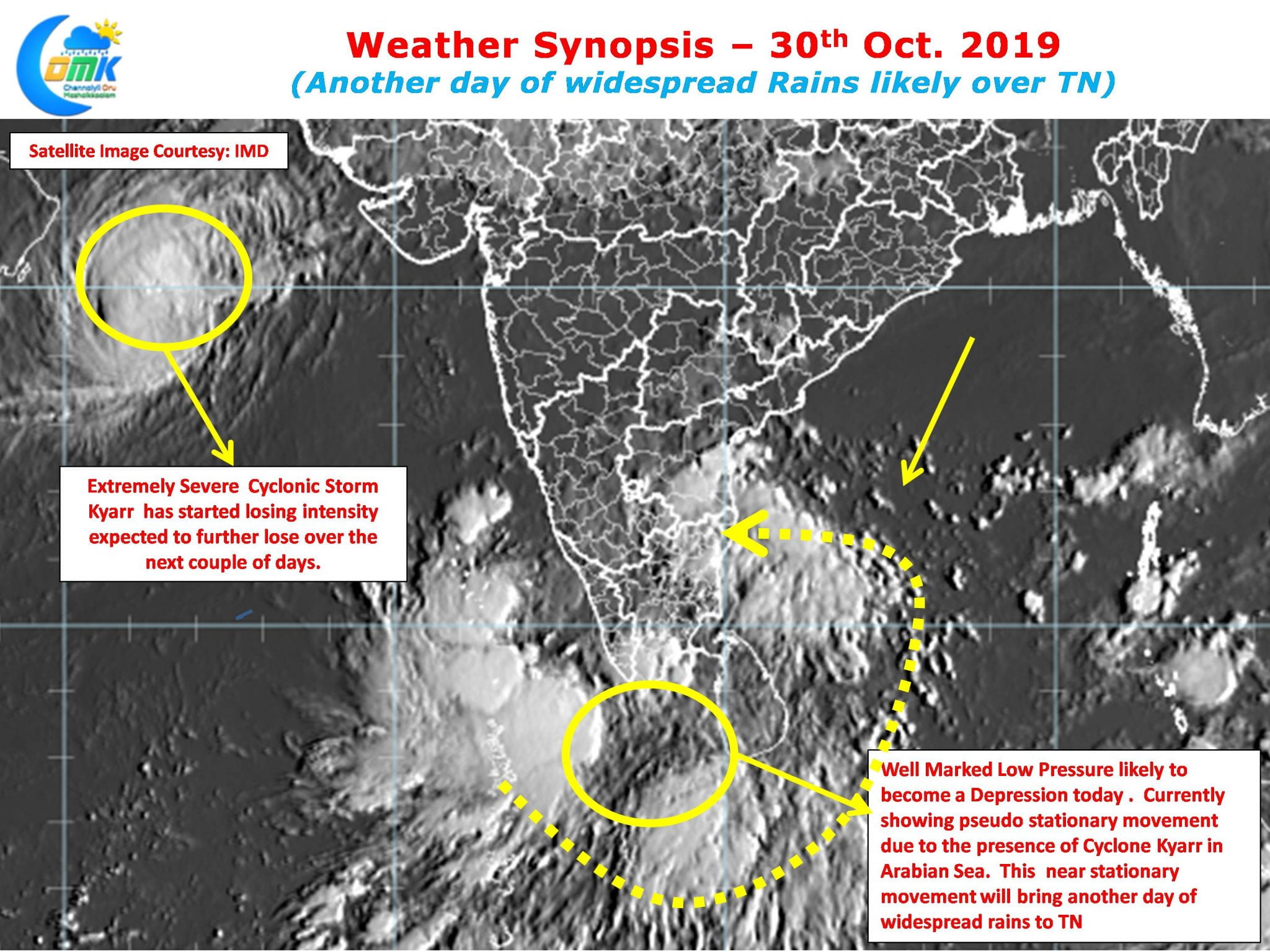 Yesterday saw one vigorous day of Northeast Monsoon across most of Tamil Nadu as heavy rains lashed many parts of the city. While delta districts recorded rains during afternoon, slowly the rains started climbing North bringing heavy rains to Cuddalore, P ondicherry and subsequently to Chennai and surrounding areas of North TN by midnight.

With yesterday’s spell of rains both the IMD observatories at Chennai has reached closer to 30 cms for the month of October. Nungambakkam observatory is at 30.4 cms while the Airport observatory is at 29.2 cms cumulative since 1st October 2019. Considering the seasonal tally of about 80 cms for Chennai we need another 50 cms during the remaining Northeast Monsoon season.

Satellite image tells the story of how widespread rains has been happening over most parts of Tamil Nadu. As weather bloggers often mention any circulation in the GOM / Comorin Sea area is perfectly placed to recirculate moisture during Northeast Monsoon time. The Well Marked Low has been maintaining a pseudo stationary movement for the past 12 – 18 hours due to the presence of Cyclone Kyarr over Arabian Sea.

As we explained a couple of days back unlike West Pacific Arabian Sea is a much smaller and closed basin which makes it difficult for two strong distrubances to simultaneously exist. This means the Well Marked Low which is expected to become a depression by today will continue to make a struggle to move into the open waters of Arabian Sea. Cyclone Kyarr is expected to lose intensity gradually which may allow the Depression to move into Arabian Sea by tomorrow. This additional day of near stationary position will mean another day of Widespread rains for Tamil Nadu.