Yesterday was another very good day for Interior Tamil Nadu as many places in the state recorded moderate to heavy spells of rains.  The highlights of yesterday’s rains in Tamil Nadu has to be Vazhappadi, in Salem district, recording 61 mm in a couple of hours. Similarly good rains were recorded in parts of Karur, Namakkal, Trichy, Perambalur, Tiruvannamalai, Madurai,  Tiruppur & Coimbatore districts apart from Salem. 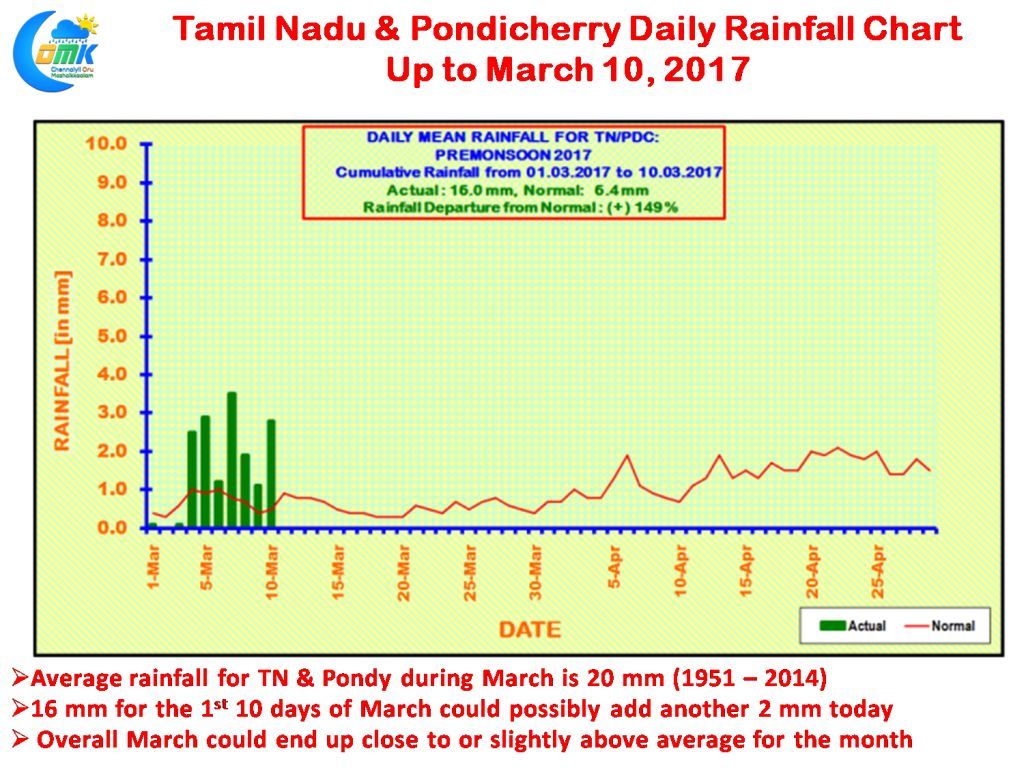 The first ten days of March has so far given 10 mm to the weighted average rainfall for Tamil Nadu & Pondicherry subdivision.  Yesterday’s rains could add another 2 mm or so, with how the rest of March is expected to pan out we could possibly see the overall March rainfall end close to the Long term Average (1951 – 2014) of about 20 mm.  Between 1951 to 2014 overall 21 years have seen higher than the monthly average for March.  Will 2017 add to this tally or not we will know in a few days time. Of course as things stand we will be no where close to some of the historic March years like 2006 & 1954, both recorded above 50 mm, and of course 1984 which recorded 102 mm and the big daddy of all 2008 that recorded 176 mm 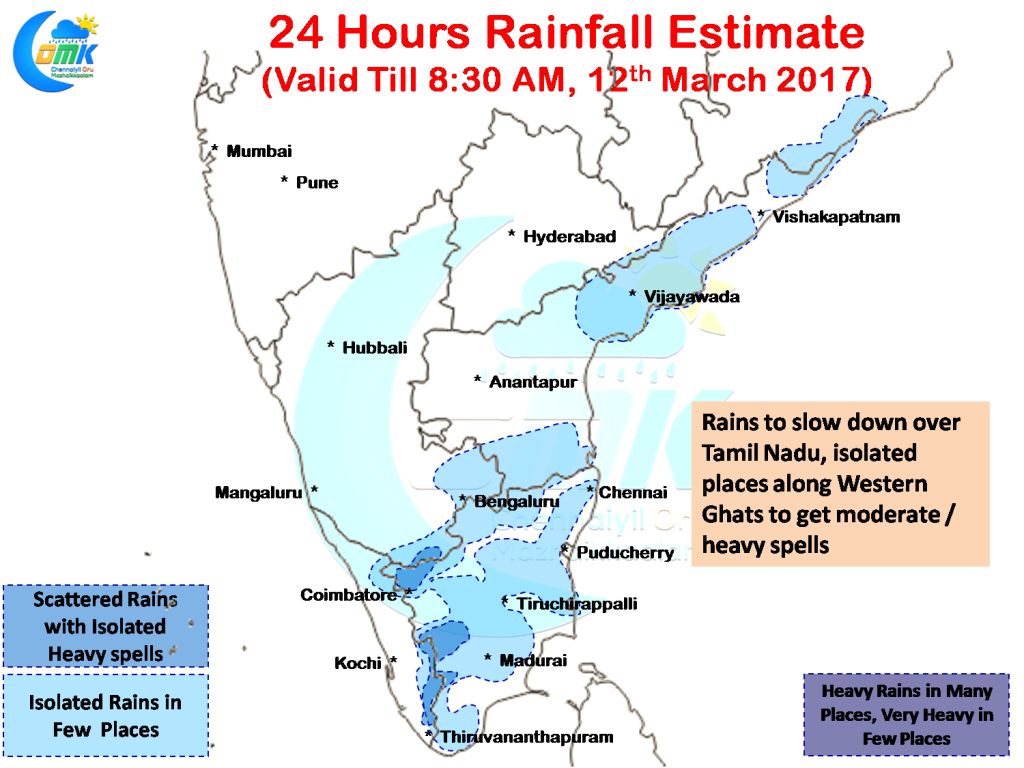 Going by wind chart while there exists some bit of instability still over Peninsular India in the form of a trough running all the way from Telengana till South Tamil Nadu it is becoming less marked which could influence the rainfall pattern from today.  Roughly from 14N the winds are more streamlined in the form of Westerlies while south of 14N there exists some bit of confluence which will provide isolated rains to a few places in Tamil Nadu particularly along the Western Ghats were the lift provided by the mountain ranges could play a crucial role in the rainfall prospects.

The confluence zone lies just North of Chennai as things stand going by the charts which could possibly provide some chance of rains to the western suburbs and places slightly away from the coast while along the coast the rainfall prospects seem to be lower.