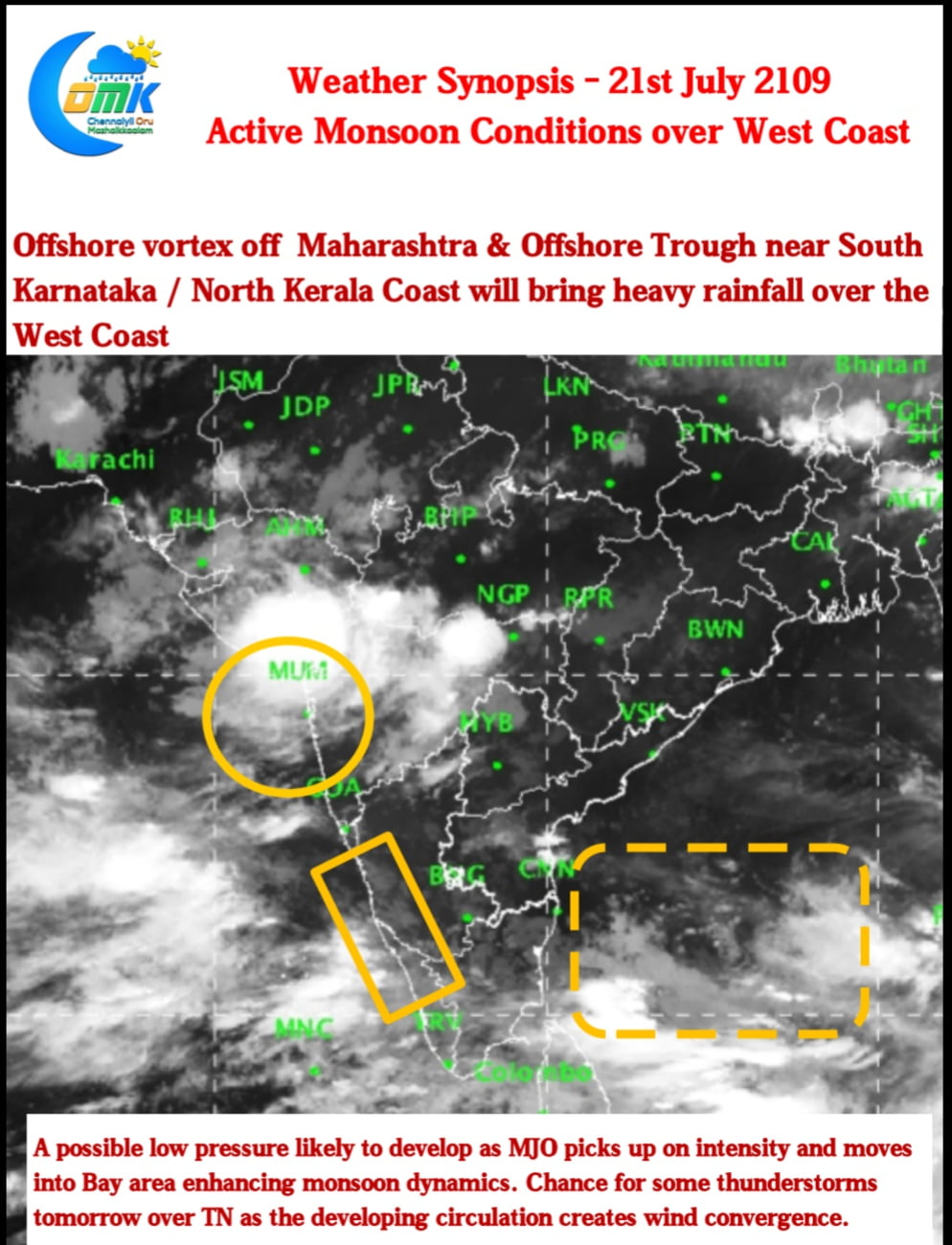 Southwest Monsoon has remained active over the West Coast for the past couple of days. Friday saw Kudlu in Kasargod district of Kerala record the first 30 cm rainfall of this year’s monsoon season in the state.

Inflows have certainly picked up in the Cauvery basin as well though a repeat of last year’s amazing numbers looks unlikely. Wind charts indicate the presence of two phenomenons along the west coast to keep monsoon conditions active. The presence of an offshore trough along the coast of Kerala & Karnataka. This will continue to bring in rainfall into the Cauvery basin. Little further up near the Konkan coast an upper level vortex is likely to bring heavy rains into Maharashtra coast and the Shahyadris.

Looking a little deeper into the satellite imagery we can see the influence of MJO churning the dynamics over North Indian Ocean. While the entry into Indian Ocean from the Arabian Sea side was weak it is expected to improve in amplitude as it moves into the Eastern side of Indian Ocean. This enhancement will also happen along with a Northward Progression of monsoon dynamics in Bay of Bengal. An evolving circulation could descend as a Low Pressure Area giving further impetus to Monsoon.

Places along the Western ghats areas of Tamil Nadu will continue to record good rains. As far as Interior TN & Coastal TN is concerned a small window is available when the evolving circulation creates a wind convergence tomorrow to create possible Thunderstorm opportunities.